Anne Saxelby, who championed American artisanal cheeses for more than 15 years, died on Saturday. She was 40 and had a heart condition. From her first minuscule stall for Saxelby Cheesemongers in the Essex Market on the Lower East Side, which she opened in 2006, to the more spacious counter in the Chelsea Market she moved to in 2017, she took the daring position of selling only American-made cheeses. She sought them out and helped cheese lovers and chefs discover the pioneering, independent cheese makers like Jasper Hill that broke new ground as they tore pages from European traditions. Her passing has resonated throughout the food world. “She was a humble and masterful advocate for American cheesemakers, fostering a deep appreciation for the craft and people behind the cheese,” said Adeline Druart, the president of Vermont Creamery. With Ms. Saxelby’s longtime business partner, Benoit Breal, now in charge, the company will continue its founder’s mission, “to be the bridge between local cheesemakers and the consumers for many years to come,” as Mr. Breal put it. 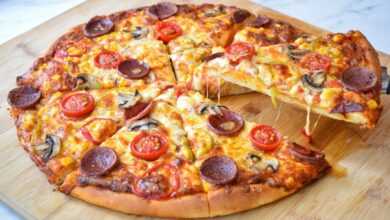 From Pizza to Dip, Chips and Popcorn, Pickle Is Summer’s Big Flavor

These Thanksgiving Recipes Aren’t Just Side Dishes. They’re My Memories.