Around 9:15 on a recent Wednesday evening, the mood in the full but otherwise serene dining room of La Grenouille suddenly shifted.

The lights brightened. A small band began to play loudly. Out of the kitchen emerged a man in sunglasses, sporting a Cheshire cat grin and hips that swayed like a palm tree in a storm. He burst into a rendition of “Fly Me to the Moon,” in a voice that combined the boom of a sportscaster with the swagger of an Elvis impersonator. For almost half an hour, he strutted around this French restaurant known for its towering floral displays and airy soufflés, perching on diners’ tables and even growling like a cat.

Who was this brassy balladeer? None other than the restaurant’s majority owner, Philippe Masson.

Some guests cheered. Others took photos. As Mr. Masson, 60, told how he once romanced Jacqueline Kennedy Onassis, a woman could be heard saying, “This is the last dying gasp of the patriarchy.” 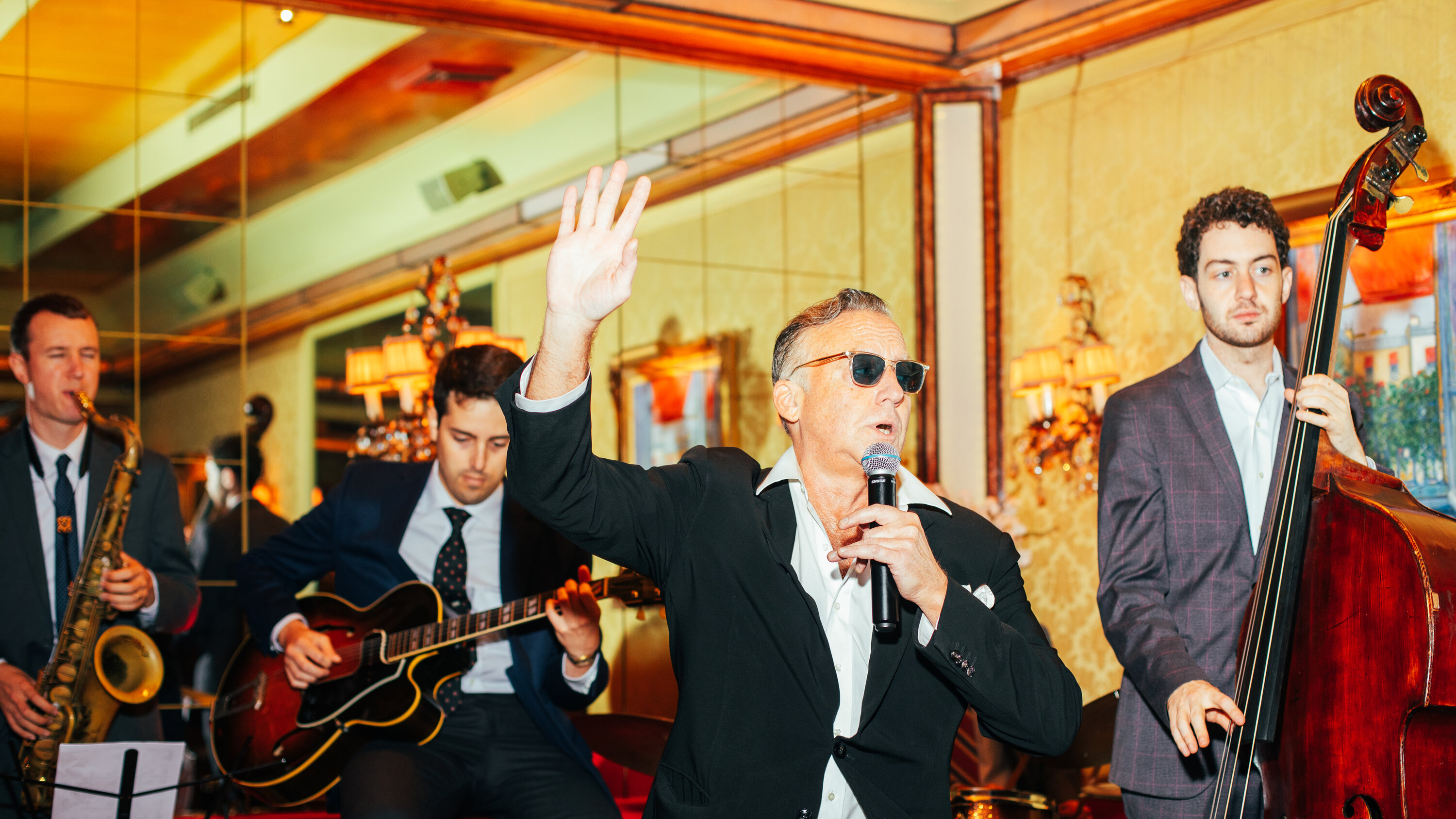 Mr. Masson and his house band perform the Gershwin tune “It Ain’t Necessarily So.”CreditCredit…Lanna Apisukh for The New York Times

La Grenouille, just off Fifth Avenue on East 52nd Street, is among the last old-school French restaurants left in New York City, a contemporary of lost gustatory temples like Lutèce, La Caravelle and La Côte Basque. Much of its reputation has rested on how little it changed during nearly 60 years in business.

So the restaurant’s transformation into a raucous late-night jazz lounge has been jarring to some diners, thrilling to many others and surprising to almost everybody.(The performances, which take place on all four nights the restaurant is open each week, aren’t mentioned when you make a reservation online, though they are noted on the La Grenouille website.)

“It was definitely like a caricature of Frank Sinatra,” said Caroline Askew, 37, a creative director of a Manhattan design studio, who ate at La Grenouille in July. “But it was fun. I don’t know, I think we needed that sense of humor.”

It was one of the first times she’d dined indoors since the pandemic began. “It felt like, OK, this is why I live here,” she said. “I love the old New York-y characters.”

To Mr. Masson, who has no formal musical training and who broke into song four times during a half-hour interview for this article, the musical gig feels like a fulfillment of a lifelong destiny. “I seem to move people — I can’t explain it,” he said.

Some have been moved in less desirable ways.

“It ruined the entire ambience and tenor of the evening,” said Carrie Cort, 77, who lives in Washington, D.C., and has been going to La Grenouille for 28 years. She and her husband recently celebrated his 80th birthday there, and felt the performance was more a disturbance than a delight. “If he wants to open up a nightclub, good, but that’s not what La Grenouille is.” 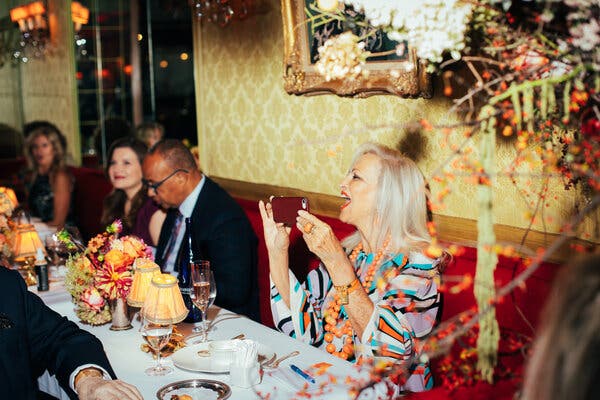 Many guests are excited about the live music, the first in the restaurant’s nearly 60-year history. Credit…Lanna Apisukh for The New York Times

La Grenouille has been a Midtown oasis of tradition and tranquillity since Gisèle Masson and her husband, Charles Masson Sr., opened it in 1962. But the restaurant has also kicked up some public drama. In 2014, their son Charles Masson Jr. stepped down from his longtime role as general manager amid a bitter, longstanding dispute with Philippe, his younger brother, who then took over. (Asked for comment about the new musical act, Charles Masson Jr. said, “As much as I may have an opinion, I’d rather keep it to myself.”)

Philippe Masson started performing casually for outdoor diners at La Grenouille in July 2020, as a tribute to the restaurant’s captain Bertrand Marteville, who had died of Covid-19. When indoor dining resumed two months later, Mr. Masson removed some tables and replaced them with a stage. He hired four jazz musicians and named them the Buster Frog Quartet, a nod to the restaurant’s name, which means “the frog.”

Mr. Masson learned songs like “La Vie En Rose” and “It Ain’t Necessarily So.” The goal, he said, was to “bring back life to the city.”

He soon realized that he had unlocked a passion. “People are saying, ‘Never mind the food or flowers — we are coming here to hear you sing, Philippe.’”

Between sets of about 30 minutes, Mr. Masson still runs the kitchen, oversees the dining room and creates the restaurant’s signature flower arrangements. “Music is energizing,” he said. “It picks me up.”

Mr. Masson started performing to honor an employee who died from Covid-19, and found a new passion in the process.Credit…Lanna Apisukh for The New York Times

It’s good for business, too, he said. “In the past we didn’t have a third seating. I could give food away and it wouldn’t happen. Now we have something to create more income for that elusive late-night seating.” (A French singer, Naïma Pöhler, also performs three nights a week, and the singers Lucy Wijnands and Ashley Pezzotti take the stage on Saturdays.)

The music has attracted a younger clientele. Liana Khatri, 30, worried that the restaurant would be too stuffy when she visited in August — until Mr. Masson came onstage. “You didn’t care if the guy’s voice was good,” she said. “That was not the point. It was more the experience.”

“There are so many trendy restaurants in New York City,” she added. “There is something to be said for a place that is not trying to be cool.”

Eventually, Mr. Masson wants to turn the private dining room upstairs into a jazz lounge, where he will keep performing.

And what of the employees who hear his crooning night after night? One busboy simply shrugged and said, “You get used to it.”

Pick a Card, Any Card, for Dinner Inspiration

Canned Cocktails From the Experts at Death & Co.

Jibs, Seafood Served With a River View, to Open in Hudson Yards