As the world reels from the emergence of the Omicron variant of the coronavirus, a panel of advisers to the Food and Drug Administration will meet on Tuesday to discuss an antiviral pill from Merck, the first in a new class of treatments that could work against a wide range of variants.

The expert committee will vote on whether to recommend authorizing the drug, known as molnupiravir, for high-risk patients. The treatment — which has been shown to modestly reduce the risk of hospitalization and death, predominantly from the Delta, Mu and Gamma variants — could be authorized in the United States within days, and available soon after, if the committee endorses the drug and the agency follows the recommendation. The panel’s meeting on Tuesday is scheduled to begin at 9 a.m. Eastern time and can be watched here.

In the coming weeks, the F.D.A. may also greenlight a similar pill from Pfizer that appears to be significantly more effective than Merck’s.

Health officials around the world have been counting on the new treatments to reduce the number of severe cases and save lives. If Omicron causes a surge in severe infections, it could make them even more important.

Scientists have yet to run experiments to see how well the pills block Omicron viruses from replicating. But there are reasons to think they would remain effective even if the variant can sometimes evade vaccines. 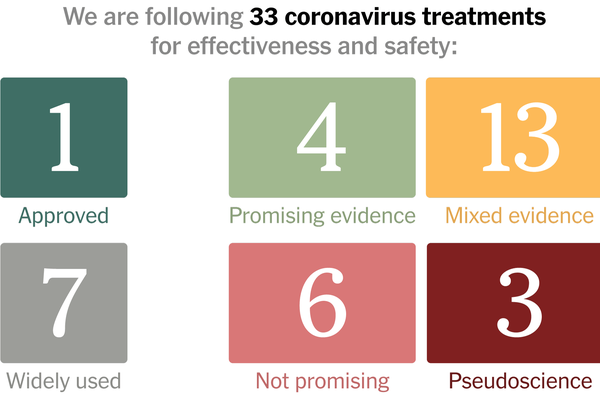 Omicron has more than 30mutations on the so-called spike protein that latches on to human cells. Some of those mutations may make it hard for vaccine-produced antibodies to attack the virus.

But the pills do not target the spike protein. Instead, they weaken two proteins involved in the virus’s replication machinery. Omicron carries only one mutation in each of those proteins, and neither looks as if it would stop the pills from doing their jobs.

Virus cases are rising in many regions of the United States, notably the Upper Midwest and Northeast. Nationwide, cases have risen since the start of November, raising fears about a winter surge fueled by the Omicron variant, indoor holiday gatherings and the refusal of tens of millions of Americans to be vaccinated.

In a clinical trial, molnupiravir was found to reduce by 30 percent the risk of hospitalization or death when given to high-risk, unvaccinated volunteers within five days after they started showing symptoms. It appears to be substantially less effective than Pfizer’s pill, which was found to lower risk by 89 percent, and monoclonal antibody treatments, which have been found to cut it by at least 70 percent.

The Omicron variant. The latest variant was identified on Nov. 25 by scientists in South Africa. As experts race to learn more, it’s still unclear if the variant leads to severe illness and how effective vaccines will be against it. Use our tracker to see where Omicron has been detected.

Travel restrictions and lockdowns. As more Omicron cases emerge globally, countries are responding in varied ways. Japan joined Israel and Morocco in barring all foreign travelers, and Australia delayed reopening its borders for two weeks. Here’s a list of where U.S. citizens can travel right now.

What officials are saying. President Biden sought to reassure the U.S. on Monday, telling Americans that the variant is “a cause for concern, not a cause for panic.” W.H.O. officials warned that the global risk posed by Omicron was “very high”, and the C.D.C said all adults “should” get booster shots.

If molnupiravir is authorized in the United States, supply is expected to be limited at first, though it will be more abundant than Pfizer’s pill. The Biden administration has ordered enough courses of treatment, at about $700 per person, for 3.1 million people. Merck is expected to supply those pills before February.

The treatment is given within five days of the start of symptoms and is taken as 40 pills over five days.

The F.D.A. advisory panel, a group of experts on antimicrobial drugs, will vote on whether the treatment should be authorized for people with Covid who are at high risk of becoming severely ill. That would cover tens of millions of Americans who are older or have medical conditions such as obesity, diabetes or heart disease.

The panel is also set to discuss safety concerns that some scientists have raised about Merck’s pill. The treatment works by inserting errors into the virus’s genes. Some scientists say there is a theoretical risk that it could trigger mutations in cells as well, potentially causing reproductive harm or a long-term risk of cancer.

Merck says its laboratory tests and clinical trial data indicate that the drug is safe and does not cause worrisome mutations in humans.

Britain, which authorized Merck’s pill earlier this month, recommended that it not be given to pregnant or breastfeeding women, and that women who could become pregnant use contraception while taking the drug and for four days after. The F.D.A. panel will discuss whether there are some situations in which the drug may be appropriate during pregnancy.

Pfizer says its Covid pill will protect against severe disease, even from Omicron.

A C.D.C. study finds stillbirths are higher in pregnant women with Covid.