The last match of Roger Federer’s 24-year professional career was about to begin, and Andy Murray, one of his rivals turned teammates at this Laver Cup in London, kept his advice short and sweet.

Federer, 41, took that to heart on Friday night: acknowledging the roars and support of the sellout crowd in the O2 Arena; smiling often and cracking jokes with his doubles partner Rafael Nadal as they lost to Frances Tiafoe and Jack Sock, 4-6, 7-6 (2), (11-9). The decider after the teams split sets was a 10-point tiebreaker rather than a third set.

The tone, as so often with Federer, seemed just right, and there were of course tears when it was over from a champion who has so often given free rein to his emotions — in victory or defeat — after keeping them tightly under wraps with the ball in play. What underscored the special circumstances on Friday were the emotions that others were feeling: the thousands in the arena, including Federer’s family and friends, and perhaps most poignantly, Nadal, a much less lachrymose champion who appeared every bit as inconsolable as his friend and doubles partner as the tears streamed down his face.

“A lot of years, sharing a lot of things together,” Nadal said. “When Roger leaves the tour, an important part of my life is leaving, too.”

But Federer made it clear that he had received what he had hoped for on Friday, even in defeat.

“It’s been a wonderful day,” Federer said. “I told the guys I’m happy, I’m not sad. I enjoyed tying my shoes one more time. Everything was the last time.”

With a suspect right knee, he could have ended his great career in many a manner and many a venue, but he chose to emphasize the collective: forgoing an individual tour event like Wimbledon or his home city stop in Basel, Switzerland, and opting instead for this team event partly of his own creation.

“I didn’t want it to feel lonely out there,” Federer said. “I always felt I was a team player at heart.”

He could have tried one more singles match. Instead, he chose to play doubles with Nadal, settling on the opening night of this three-day event to avoid stealing too much thunder from the Laver Cup’s homestretch.

“It does feel like a celebration. It’s exactly what I wanted at the end, exactly what I hoped for,” he said, wiping tears away in his post-match interview with the crowd applauding him supportively to help him through it.

The gallery in London included his wife, Mirka, and four children and his parents, Robert and Lynette, as well as members past and present of his support team: from former No. 1 Stefan Edberg to his current coaches Severin Lüthi and Ivan Ljubicic.

The Swiss tennis player leaves the game with one of the greatest competitive records in history.

“She could have stopped me a long time ago, but she didn’t,” Federer said of Mirka, a former tour player whom he has long called “my rock.”

Mirka Federer, like Federer’s fitness trainer Pierre Paganini, has been instrumental in Federer pushing the boundaries of enduring tennis excellence and playing, like Serena Williams, another departing megastar, across four decades.

But the strong emotions on Friday were not restricted to the grand setting and the fanfare, to the series of standing ovations and Federer banners that read, “Forever our No. 1,” to the extended, tender embrace between Federer and Lüthi shortly before Federer took the court.

The tennis turned out to be diverting, too, which was no guarantee considering that Federer had not played a public match of any kind in the nearly 15 months since he slumped out of Wimbledon in 2021 with a straight-set defeat in the quarterfinals to Hubert Hurkacz, which included a 6-0 final set.

Unable to fully recover from his latest knee surgery, he said he was uncertain even a few weeks ago that he would be able to play at all. A ceremonial adieu on Friday night against the Team World doubles team of Sock and Tiafoe would have been understandable, but Federer managed rather more than that. The first ball he struck in the match was a winner: a reflex forehand volley. And though he mistimed a groundstroke or two and looked uncharacteristically slow off the mark when it came time to sprint for a short ball, he certainly gave the public quite a bit of what they paid from far and wide for.

“Playing doubles is more difficult than singles, because you don’t always get into a rhythm, but he’s done very well,” said Martina Navratilova, the tennis great who retired at 49 as a doubles specialist and was calling the farewell match for Tennis Channel. “It’s easier to come back when you have such good technique, and there’s not really anything to go wrong.”

There has been a grace and purity to Federer’s game since he joined the tour in the late 1990s and was still losing his temper and serve on a regular basis.

But he soon solved his anger management issues and kicked into a new gear: one that no rival could match consistently until Nadal emerged as an unstoppable force on clay and a major threat on every other surface, as well. Djokovic joined the lead pack in earnest in the 2010s and was unquestionably the player of that decade, turning men’s tennis into a Big Three with a strong supporting cast that included Murray and Stan Wawrinka, who each won three major singles titles.

Federer finished with 20, third best in this golden age behind Nadal’s 22 and Djokovic’s 21.

It was affirming to see them all sharing slaps on the back and tactical tips on Friday night as part of Team Europe.

The Big Three have shared many a locker room and board room through the decades, but this was the first time they had all been teammates. The edge was off for a night, which turned into a late night with the match finishing at 12:26 a.m., even if the comparing and contrasting will continue for many years.

Nadal has the Grand Slam title lead for now, and Djokovic looks like he has total weeks at No. 1 wrapped up for good with 373, well ahead of Federer’s 310. But Federer still has his strongholds. He finished with 103 tour singles titles, second only to Jimmy Connors’s 109 in the Open era for men. Federer also finished with eight Wimbledon singles titles, the all-time men’s record. His total of six year-end championships is another record, and two of those ATP Finals, fittingly, were won in the O2 Arena.

Federer grew up in Basel playing frequently indoors, often on red clay under temporary inflated bubbles in the wintertime. He is an attacking player at heart, most at home tight to the baseline and striking the ball remarkably early off the bounce. Andre Agassi once summed up the experience of facing Federer by explaining that there was no “safe haven”: no place to place a shot where danger did not lurk.

That concept still made sense on Friday night, even after Federer had been out of action for more than a year and even if his 41 years and aching knees clearly limit his movement. He amiably mocked his new slowness afoot on the final changeover as he spoke with his teammates between sips of water after he had failed to track down a forehand to convert his and Nadal’s first and only match point during the closing tiebreaker.

But the shotmaking was still there, even if the feathery footwork was not. Down the stretch, he hit big forehand returns, touch volleys and even a trademark loose-armed ace up the T. He also spun his racket before returning, blew on the fingers of his right hand and hopped after winners with delight and closure, albeit not quite as high as in his heyday.

All that was missing was a victory, but then there have been so many of those through the years. And if you choose to search for symbolism, it was not entirely off key for Federer to go out in defeat.

He has been a big winner, no doubt, capable of dominating the game from 2004 to 2007 and roaring back for a renaissance in 2017 and 2018. But he has also had to absorb some crushing defeats on the game’s grandest stages, which has certainly contributed to making him a more relatable champion.

And yet Friday was not a night for the score line, but for the bottom line, and Sock did as good a job as anyone at articulating it as he embraced Federer at the net.

“Appreciate you,” Sock said, just before they parted ways and Federer turned left and headed toward the rest of his life.

The words were not what spoke most eloquently, however. The real power was in the expressions: above all in the eyes of Nadal. If a man’s archrival will miss him that much, how should the rest of us feel? 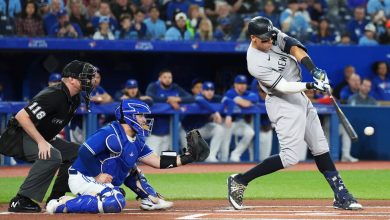 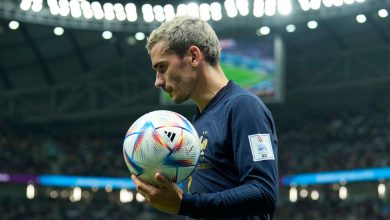 Why Antoine Griezmann is France’s Most Important Player 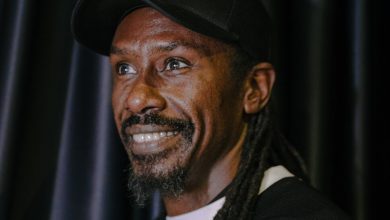 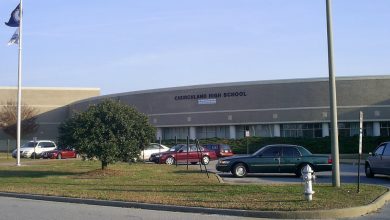