Karl Lagerfeld, the culturally omnivorous, furiously prolific designer of Chanel, Fendi and his own line, who died in 2019, was, throughout his career, resolutely focused on the future. Obsessed, even. He believed, he once told The New York Times, in the “old German dictum: ‘no credit on the past.’”

He had no truck with hagiographic exhibitions of designer careers. Indeed, during a press preview for the opening of the Chanel show at Costume Institute of the Metropolitan Museum of Art in 2005 (he refused to attend the show itself), he announced, straight up: “I dislike retrospectives.”

A few years later he declared to The Times, “I don’t want to see all those old dresses.”

But the powers that be of fashion apparently believe that, when it comes to Mr. Lagerfeld’s legacy, everyone else does.

In May, four years after his death, Mr. Lagerfeld is getting the biggest show of all: the next Metropolitan Museum of Art Costume Institute blockbuster. Just don’t call it a retrospective.

“I am calling it an essay,” said Andrew Bolton, the curator in charge of the Costume Institute, adding that Mr. Lagerfeld’s contributions to fashion were “unparalleled.” Not just because of his 65-year career, and the breadth and diversity of his work, but because the model he created for transforming a heritage house when he took over Chanel has become a template for the fashion industry.

Entitled “Karl Lagerfeld: A Line of Beauty,” after Hogarth’s theory of aesthetics described in his 1753 book “The Analysis of Beauty,” the exhibition will focus on the relationship between Mr. Lagerfeld’s sketches and his finished products over the length of his career; the way his ideas morphed from two dimensions to three.

Mr. Bolton said the idea for the show came to him almost immediately after Mr. Lagerfeld’s death, and the museum quickly approved. Originally scheduled for 2022, it was postponed a year because of the pandemic.

“Every one of his designs began as a sketch,” Mr. Bolton said of Mr. Lagerfeld’s working method. “He said, ‘I draw just as I breathe.’ They can seem very charming and expressionistic to the untrained eye, but to his premieres they were almost mathematical in their precision, almost like a secret language between Karl and the ateliers.” The show is an attempt to decode it for posterity.

It will feature approximately 150 pieces from the five heritage houses Mr. Lagerfeld shaped — Balmain (which he joined after winning the Woolmark prize in 1954), Patou, Chloé, Fendi and Chanel — and his own brand. Selections will be winnowed from what Mr. Bolton said was “between 5,000 and 10,000” garments sourced from each brand’s archives, with a few from private collectors and the Met.

Each piece will be paired with the available sketches, and there will be video interviews with the heads of each atelier created by Loïc Prigent, the French filmmaker whose 2005 series “Signé Chanel” documented the making of a Chanel couture collection.

A Lagerfeld sketch for Chloé, 1983.Credit…Chloé Archive via The Metropolitan Museum of Art

The exhibition will be organized along two guiding principles: the S, or serpentine, line, which Mr. Bolton sees as representing Mr. Lagerfeld’s historicist and romantic designs, and the straight line — Mr. Lagerfeld’s more modernist, classical work.

And it will culminate with a small grouping of what Mr. Bolton calls “the satirical line”: references, sprinkled by Mr. Lagerfeld like Easter eggs among all of his collections, to his own uniform of stiff-collared white shirt, black jeans, black cutaway, powdered white ponytail and fingerless gloves. Or given Mr. Lagerfeld’s taste, Fabergé eggs.

“He was a bit like Alfred Hitchcock that way,” Mr. Bolton said.

(The curator has included his own Easter eggs in the show, with each main section being divided into 10 subsections in honor of Mr. Lagerfeld’s birthday on Sept. 10, and each of those subsections containing seven pieces, because seven was Mr. Lagerfeld’s lucky number.)

Though Hogarth prized the serpentine line above the straight one, Mr. Bolton said that Mr. Lagerfeld “had no such aesthetic prejudices.”

The exhibition, designed by Tadao Ando, the Japanese architect who designed a home for Mr. Lagerfeld that was never built, will be staged in the Tisch Gallery. Amanda Harlech, who worked closely with Mr. Lagerfeld at Chanel for more than a quarter of a century, was a creative consultant. There may be a drone involved.

“I always thought if Karl came back in another form, he would come back as a drone,” Mr. Bolton said. “He was always observing the culture from above, and I would love to have a drone surveying the visitor’s reactions.”

Nevertheless, Mr. Bolton continued, if Mr. Lagerfeld did come back and got wind of the show, “I am sure he would hate it. He’d probably still refuse to come.”

This is only the third solo designer show curated by Mr. Bolton for the Met after Alexander McQueen in 2011 (another posthumous exhibition) and Rei Kawakubo in 2017. In a rare moment of unity among fashion rivals, it will be sponsored by Chanel, Fendi and the Lagerfeld brand, along with Condé Nast.

The celebrity hosts of the gala that opens the exhibition, and that has become the New York fashion event of the year, have not been announced. Given Mr. Lagerfeld’s multifarious career and his numerous muses, it’s not hard to imagine boldface names lining up for the honor, including Kirsten Stewart, Julianne Moore and Nicole Kidman, all of whom were faces of his Chanel.

As for the dress code, that seems a foregone conclusion. At least Anna Wintour, the honorary co-chair and gala maestro, can shop her closet: She has worn Chanel for almost every gala since 2005. 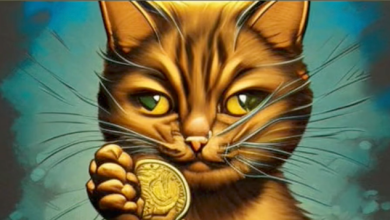 What Are ‘Dabloons,’ the Imaginary Currency of TikTok?

Can I Call Out My Friend for Lying About Her Dad’s Death?