While exchanging vows on Sept. 11, Molly Kathleen Atwater and Thomas Matthew Pulisic purposely skipped the words “for better or worse, in sickness and health.”

“We’ve already had a major jump start on those promises,” said Ms. Atwater, 26, a data scientist and software developer for BetaPrime Consulting in Reston, Va.

Ms. Atwater and Mr. Pulisic, 27, met on the dating app Tinder in March 2016 while both were students at William & Mary in Williamsburg, Va.

“I remember thinking when we first started dating how well-rounded Molly was,” Mr. Pulisic said. “She was also very smart and very, very thoughtful.”

Ms. Atwater said that she swiped right on Tinder once she realized that Mr. Pulisic was “the really handsome guy who worked out at the campus recreation center at six o’clock in the morning.”

“The only other person crazy enough to be there at that time was me,” she said. Both enjoyed working out and training for obstacle course races.

After two months of dating, Mr. Pulisic, having just graduated from William & Mary, went off to Southern Methodist University in Dallas to begin studying for a master’s degree in business analytics and training.

He said that by the time his long-distance relationship with Ms. Atwater had reached the six month mark, he was inspired by her. “I realized that I was more motivated to set higher goals when I was with her,” said Mr. Pulisic, who is now a customer analytics data scientist for Cigna Insurance. “I also wanted to be a better person because of her.”

Despite the distance between them, Ms. Atwater and Mr. Pulisic continued to search for races they could compete in together. They found a Saturday morning obstacle course race in October 2016 in Dallas, and promptly registered for the event and began training.

The Sunday before the race, however, Ms. Atwater woke up with what she first thought was food poisoning, before doctors that ruled out.

Four days later, now suffering from excruciating abdominal pain, she was sent to a hospital for tests; there, she was also sedated for an emergency colonoscopy.

Mr. Pulisic took a flight to Williamsburg to be with Ms. Atwater at the hospital.

“At that point, Thomas could have easily waved the white flag, saying this wasn’t what he signed up for, and left without looking back, and no one, including me, would have blamed him,” Ms. Atwater said. “But he didn’t, he stayed. When he kissed me goodbye to fly back to Dallas,” Ms. Atwater said, “he swore to me that he would stay by my side in sickness and in health.”

In May 2017, Ms. Atwater was told by doctors that she needed surgery. Her doctors determined that her pain was coming from “anatomical and functional abnormalities.”

The medical nightmare would not be resolved quickly. “For the first six months of Molly’s sickness, I kept waiting for things to return to normal,” said Mr. Pulisic, who stood by Ms. Atwater’s side through 60 nights in four different hospitals. “It took me a long time to sort of accept that normal doesn’t exist anymore,” he said.

Ms. Atwater and Mr. Pulisic, who share a home in Ashburn, Va., decided to push through despite the many obstacles ahead. “We have gone through so much as a couple,” she said. “I think we both felt like we got a little ripped off in terms of the things you’re supposed to do in your 20s as a young couple.”

Ms. Atwater added: “But there’s plenty of time to do them now because Thomas and I will be together forever.”

The two exchanged vows before the bride’s brother, Bennett Atwater, who became a Universal Life minister for the event, and 120 fully vaccinated guests at the Carriage House at Rockwood Park in Wilmington, Del.

The Untold Story of Von Dutch

Finding Love on the Overnight Shift 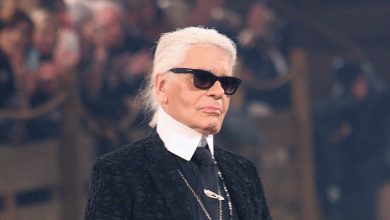 Inside the Met’s Plans for a Major Karl Lagerfeld Show