In response to dwindling supplies of water from the drought-ravaged Colorado River, the federal government on Tuesday announced a new round of cuts in the amount two states can take from the river. But for now the government stopped short of mandating large reductions that officials have said will be needed next year to protect the river’s infrastructure.

Officials with the Interior Department and the Bureau of Reclamation said that levels at the Colorado’s two main reservoirs, Lake Mead and Lake Powell, remained dangerously low after more than two decades of drought in the Southwest made worse by climate change. Lake Mead, behind Hoover Dam at the Arizona-Nevada border, is now about 175 feet lower than it was in 2000, when the Southwestern megadrought began.

That level triggers agreed-upon cuts in the amounts that two of the Lower Basin states, Arizona and Nevada, and Mexico can take from Lake Mead. The other Lower Basin state, California, is not currently affected, nor are the Upper Basin states of Colorado, Wyoming, Utah and New Mexico. About 40 million people depend on the Colorado for at least some of their water, and it irrigates more than 5.5 million acres of land.

In June, the Bureau of Reclamation commissioner, Camille Calimlim Touton, had called on the seven states to negotiate and recommend much steeper cuts to maintain safe operations. Reclamation engineers were especially concerned that Lake Powell, behind Glen Canyon Dam near the Utah-Arizona border, could drop so low that it could no longer generate hydropower, and the ability of the dam to pass any water at all downstream might be at risk.

Since then, talks among the states had proceeded slowly, with some of finger-pointing that has marked negotiations over Western water for much of the past century.

On Tuesday, Ms. Touton said that while “significant progress” had been made in the negotiations, “they are not complete.”

“States collectively have not identified and adopted actions of significant magnitude that would stabilize the system,” she said.

Ms. Touton had warned in June that if the states could not agree, the government would impose reductions on its own. But no unilateral immediate cuts were announced Tuesday.

But there is little doubt that additional cuts will be coming, of up to 4 million acre feet of water, an amount equal to about one-third of the river’s current annual flow.

Lake Mead, at the Arizona-Nevada border, has fallen about 175 feet since 2000.Credit…John Locher/Associated Press

The cuts that were announced Tuesday are relatively small, and are in addition to reductions that were triggered last year when the government declared a first-ever water shortage at Lake Mead.

In Arizona, the cuts have largely affected farmers in the central part of the state. And when it comes to the steeper cuts called for by Ms. Touton, agriculture is expected to be most affected as well. Agriculture uses about three-quarters of the Colorado supply.

Jennifer Pitt, Colorado River program director at the National Audubon Society, said there had been intense pressure on all the stakeholders to come up with a plan for the steep cuts. “The water’s just not there,” she said. “That’s the stone-cold reality, and no amount of politicking can change that.”

Climate change has worsened the drought and made it less likely that a string of wet years could occur that would end it. But increased water withdrawals as the region’s population has climbed and agriculture has grown have also played a role. 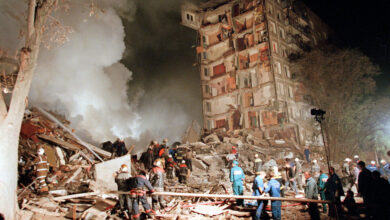 The F.S.B. has long been dogged by suspicions that, rather than solving crimes, it stages or covers them up.

After Years Away, These Teams Are Back on Basketball’s Big Stage 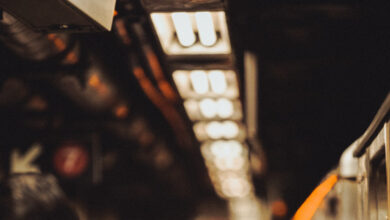