On Barack Obama’s last day as president, Pete Souza climbed atop a ladder and took a striking photograph of White House aides rifling through the drawers of the Resolute Desk to make sure the departing chief executive had left nothing behind.

The resulting shot captures one of the most complicated presidential transitions in American history at an intimate moment. It is one of many remarkable images in “The West Wing and Beyond: What I Saw Inside the Presidency,” a new book by Souza, Obama’s official White House photographer, that takes readers backstage at 1600 Pennsylvania Avenue.

The handoff from Obama to Donald Trump, it has now been amply documented, was filled with tension and hostility — and not just between the two men’s teams.

At the behest of his son-in-law, Jared Kushner, Trump fired his transition chief, former Gov. Chris Christie of New Jersey. The incoming administration largely ignored Christie’s work in favor of, well, winging it. The consequences ranged from run-of-the-mill bureaucratic chaos to the government’s lack of preparedness for a pandemic that would kill more than a million Americans.

Brandon Lepow, an advance staff member, acted as a human barrier for the White House press corps during a visit by Obama to Seattle in 2010.Credit…Copyright © 2022 by Pete Souza

For the Obama aides closing up shop, those final months between Election Day and the inauguration were filled with tears and apprehension. On his last foreign trip as president, Obama privately mused to Ben Rhodes, his deputy national security adviser, that Trump’s victory made him question whether he truly understood the country that elected him as its first Black president. “What if we were wrong?” Obama asked Rhodes during a stop in Peru, according to a recollection Rhodes included in his book “After the Fall.” “Maybe we pushed too far. Maybe people just want to fall back into their tribe,” he elaborated. “Sometimes I wonder whether I was 10 or 20 years too early.”

Trump, a real estate baron with no political experience and scant understanding of or respect for American traditions and laws, was sui generisin the country’s modern history. And Obama, a constitutional lawyer by training, was nervous about the upheaval.

“President Obama thought it was the best thing for the country to get him there as soon as possible,” Souza said of arranging a visit for the president-elect. “And Trump came two days after the election,” scoping out his new digs and, it later emerged, hearing the pressing concerns on Obama’s mind.

On Inauguration Day, Souza fielded frantic calls from his counterpart in the new White House, Shealah Craighead, in an anecdote that underscores the seat-of-the-pants nature of the Trump takeover.

Craighead had been hired as chief photographer days earlier and “was freaking out about logistics,” he recounted. “She had no credentials or, you know, anything for the inauguration.”

So Souza called Anthony Ornato, a Secret Service official who later became embroiled in the Jan. 6 investigation, to secure her access.

Nicholas Tamarin, son of Nate Tamarin, a longtime Obama aide, toddling into the Oval Office in 2010.Credit…Copyright © 2022 by Pete Souza

An Obama book without Obama

Souza, a former photojournalist for The Chicago Tribune who served as chief White House photographer for eight years, was present for some of the most sensitive moments in Obama’s tenure — triumphs and tragedies alike.

Granted carte blanche in the White House and even a top security clearance, Souza captured many of the iconic images from the presidency: the famous Situation Room shot in which bleary-eyed national security officials watched the Osama bin Laden raid in real time, a baby crawling across the Oval Office carpet, aides dunking basketballs on a miniature hoop just outside where the president sat. One well-known photograph, of Obama sitting on his desk with his head bowed during a meeting with his national security team, later showed up in Republican attack ads.

One of Souza’s first encounters with Obama, which took place in a temporary office on Capitol Hill on the future president’s first day as a senator, set the tone for their relationship — by all accounts an uncommonly close one between subject and photographer. In between ceremonial events, Souza witnessed Obama scarfing down an enormous sandwich as his two young daughters, Sasha and Malia, watched.

“I’m, you know, this far away from him, photographing quietly,” Souza said. “And he’s got a big sandwich, and Sasha’s eyeing the other half.”

He added: “And it’s as if I wasn’t there. From a photojournalist standpoint, that’s the kind of subject to want.”

But for his new book, Souza tried something different: cutting Obama out of the picture. It’s meant to document the quieter moments among the permanent White House staff — the butlers, valets and stewards who make the building function regardless of who is president — and the few dozen mostly political aides who work in the West Wing.

In one photograph, Souza proudly showed me, he deliberately placed the president between two pages in the gutter of the book, obscuring his profile.

Jon Favreau, the director of speechwriting, held a draft of the State of the Union speech during a meeting with Obama in the Oval Office in 2012.Credit…Copyright © 2022 by Pete Souza

It’s been nearly six years since Trump shocked the political universe by defeating Hillary Clinton, and Souza has done a lot of processing in that time. Now semiretired (“bad knees,” he said) and living with his wife in Madison, Wis., he also published an anti-Trump book, “Shade,” in 2018.

“I lit him up because I thought he was disrespecting the office,” Souza explained. “I felt unleashed, if you will, to be able to speak out. I just felt compelled. And so that kind of put the idea of this book on the back burner.”

Souza’s work and Instagram account have made him a celebrity in the extended Obama universe, members of which recently gathered for the unveiling of their former boss’s official White House portrait. It was something of a family reunion, Souza said, the first time many of them had been back together since that final, emotional day cleaning out their desks.

Obama, though, still has a way of overshadowing his successors and his staff, many of whom, like Souza, have become brands in their own right. And so even the cover of a book intended to ignore No. 44 still shows his distinctive silhouette — a concession Souza said he begrudgingly made to satisfy the publisher.

His preferred jacket image, a montage of different photographs that don’t contain Obama, was relegated to the inside cover of the book.

“They want a good dramatic cover,” he said as he showed me the collage. “And so my idea of doing this just didn’t fly. But this is what I like best.”

Thank you for reading On Politics, and for being a subscriber to The New York Times. — Blake

Read past editions of the newsletter here.

If you’re enjoying what you’re reading, please consider recommending it to others. They can sign up here. Browse all of our subscriber-only newsletters here.

Have feedback? Ideas for coverage? We’d love to hear from you. Email us at [email protected]

Known for Feuding With Immigrants, a TV Star Wants to Run a Town Many Call Home 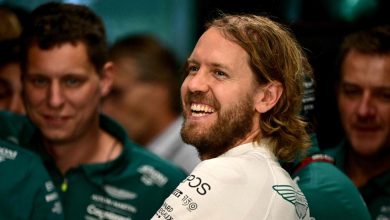 It’s a Wrap in Formula 1 for Sebastian Vettel 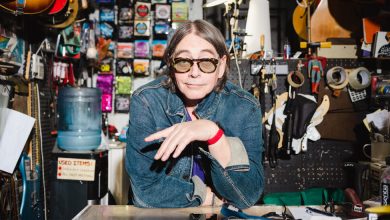