The connection between New Zealand, the Pacific archipelagoeast of Australia, and Zeeland, the windmill-flecked Dutch province from which it takes its name, seems tenuous. That’s because it is.

Not even a perceived likeness connects the two places. In late 1642, the Dutch seafarer Abel Tasman caught sight of the northwest coast of New Zealand’s South Island from his ship. He referred to it as Staten Landt, thinking it might be the western extremity of an Argentine island already christened by one of his compatriots.

“When late in 1643 this was perceived to be impossible,” as the New Zealand historian Michael King wrote in his history of the country, “an anonymous cartographer in the Dutch East India Company” renamed the line of coast “Nieuw Zeeland” or, in Latin, “Zelandia Nova,” for Zeeland, a western province of the Netherlands. This, Dr. King explained, was intended as a companion name for “Hollandia Nova” or “New Holland,” as Australia was then known.

Nearly four centuries later, Australia has long since shaken its Dutch moniker. But “New Zealand” lives on — for now.

Te Paati Maori is a political party that aims to represent the interests of New Zealand’s Indigenous people. In June, its two members of Parliament presented a petition with 70,000 signatures to the New Zealand Parliament that called on it to “change the country’s official name to Aotearoa” and restore the original Maori names to all of its settlements and other places.

“People are hungry for change,” said Debbie Ngarewa-Packer, the party’s co-leader, at the time of submission. She added: “There is a new generation of tangata whenua” — a common expression for the Indigenous people of New Zealand — “who want to see themselves reflected in our country’s identity, who recognize that the status quo is no longer consistent with who we are as a nation.”

A parliamentary committee will consider whether to change New Zealand’s name unilaterally, introduce a referendum or take no action.

“Aotearoa” loosely translates from Maori as the “land of the long white cloud.” It is widely believed to be the name bestowed by the Polynesian navigator Kupe and has been used by Maori to refer to the country for decades, if not centuries, though the word’s history is contested.

Though it has no legal standing, “Aotearoa” appears in New Zealanders’ passports; in the country’s radio and television news broadcasts; in the dirgelike national anthem; and on the back of its plastic dollar bills. More and more, it is what many New Zealanders and their lawmakers call their home.

The petition is not the first grass-roots attempt to codify “Aotearoa” in New Zealand’s laws. A similar petition brought in 2019 was met with sympathy, but not action, with that same committee noting only that the name is “increasingly being used as an alternative way to refer to New Zealand” and that “the use of bilingual titles throughout Parliament and government agencies is common.”

The increasing use of Maori names for places in New Zealand has resulted in a culture war among some. One side believes itself to be engaged in a process of active, and necessary, decolonization. The other side sees itself as “standing up to wokeness” and asserts that corporations and the government are trying to spread the name Aotearoa undemocratically and “by stealth.” (A recent related scrap involves a right-wing outcry over Maori labels on chocolate bars from the New Zealand brand Whittakers.)

Amid these tensions, for now, a wholesale change seems unlikely. Polls suggest voters prefer either “New Zealand” or a hybrid “Aotearoa New Zealand.” But the debate speaks to a changing climate. In 2009, New Zealand’s politicians voted against creating a holiday for Matariki, the Maori New Year. In June, the holiday was observed nationally for the first time.

And now, a brief programming note. Last week’s Australia Letter, on labor shortages in Australia, did not make it into inboxes because of a technical error. You can find it here.

Here are this week’s stories.

A feral hog was thrashed before being devoured by an estuarine crocodile in Australia.Credit…Adam Britton/Media Drum World, via Alamy

Are you enjoying our Australia bureau dispatches?
Tell us what you think at NYTAustralia@nytimes.com.

Like this email?
Forward it to your friends (they could use a little fresh perspective, right?) and let them know they can sign up here.

The Murdochs, From Page to Screen

Of Red Clay and French Existentialism 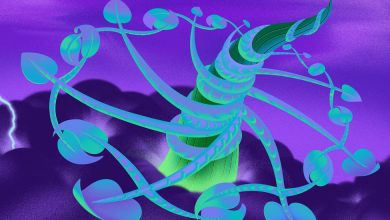 The Crypto World Is on Edge After a String of Hacks