SEOUL — From 1976 to 1987, military dictators in South Korea ​swept roughly ​38,000 people off the streets, corralling them into a welfare center called Brothers Home. The facility was supposed to feed and teach what the government called vagrants — many of them minors — and train them for jobs.

Instead, Brothers Home turned out to be a house of nightmares.

Many were beaten, raped and used for slave labor. More than 650 people died while being held there illegally and unbeknown to their families, according to survivors and investigators.

Brothers Home, in the southeastern port city of Busan, became among the most infamous examples of human rights abuses in South Korea’s modern history. Yet few people have been held accountable. After the top manager was investigated in 1987, government leaders intervened, and the manager spent only 30 months in prison. He was found guilty of minor financial crimes, but not of violating human rights.

On Wednesday, after a decades-long struggle to hold the authorities accountable, victims scored a victory when South Korea’s Truth and Reconciliation Commission confirmed that the government illegally helped send people into forced detention​ at Brothers Home, exposing them to beatings,​ rape and other abuse that sometimes led to death.

An undated image of the Brothers Home compound in Busan, South Korea.Credit…Yonhap, via Associated Press

The scandal at Brothers Home has long been one of the best documented among the numerous cases of rights abuses under Korea’s successive dictatorships. Over the decades, survivors have written books​. Major TV stations have released investigative documentaries​. Human rights groups and newspapers have run multipart series on the abuse and attempts to cover it up.

It was not until Wednesday, though, that a government agency formally recognized what happened at Brothers Home as a “grave human rights violation by the state,” announced an official death toll and recommended a governmental apology and assistance to heal the victims’ trauma.

“The whole country is an accomplice,” said Park Gyeong-bo, 58, who was incarcerated at Brothers Home twice between 1975 and 1980. “There has always been an overflowing amount of evidence of wrongdoing, but no one cared, nobody listened to us. We were treated like the trash of society.”

The Truth Commission’s findings provide powerful ammunition for survivors who are suing the government​ for compensation​. Its work is part of South Korea’s renewed efforts to come to terms with its tumultuous modern history, which has been marked not only by democratization but also by civilian massacres, popular uprisings, torture and other human rights violations.

In the 1960s through the 1980s, especially in the years before the 1988 Seoul Olympics, the country’s military dictators worked to “cleanse the streets of vagrants.” By 1986, more than 16,000 were being held in 36 facilities that operated with government subsidies. The one in Busan was the most infamous, holding as many as 4,355 people, even though it was built to accommodate 500.

The facility held not only homeless and disabled people, but also people with families and jobs who were found drunk or without proper identification, as well as panhandlers and even political dissidents. It received government subsidies based on the number of people it held, investigators said. It paid bribes to police and municipal officials for working with Brothers Home officials to find unattended children on the streets, shipping them to the center and listing them as orphans.

“I was playing alone in my neighborhood in Busan when the men snatched me, tossing me like garbage onto a freezer, truck-like vehicle,” said Lee Dong-jin, 57, who was sent to Brothers Home at the age of 10 and spent seven years there.

Brothers Home was run by Park In-keun, a former army sergeant. Mr. Park was decorated with government medals for running an exemplary welfare center. A 1981 propaganda documentary made by the government-run Korea Film Production billed Mr. Park as a devout Christian who worked tirelessly to reform incorrigibles and vagrants. At the top of his facility was a large Protestant church.

Later it was revealed that Mr. Park ran the place like a concentration camp, guarded by tall walls and doors locked from the outside at night, according to victims and investigators. Clad in discarded military uniforms or blue tracksuits, those who were held there worked from dawn to dusk in factories that produced everything from clothing and shoes to fishing equipment and cocktail umbrellas. Brothers Home pocketed more than half of their wages or paid them nothing, the commission said.

An undated photo of a vehicle used to transport people to Brothers Home. The sign on its side says, “Busan City Vagrants Guidance Vehicle.”Credit…Truth and Reconciliation Commission

Every Monday morning, “people’s trials” were held. Rule-breakers, including those who tried to escape, were savagely punished in front of thousands. In 1986, military intelligence officials ranked Brothers Home above prisons in its ability to “control and discipline.” The Truth Commission said the place was run as if it enjoyed “extraterritorial rights.”

Those who were loyal to Mr. Park were made “platoon leaders” and terrorized others. A vast majority of the people held in Brothers Home were men. In a survey, nearly a quarter said they were raped there, according to a 2020 investigation sponsored by Busan City. The same report said Brothers Home appeared to have earned money by releasing at least 11 children for adoption abroad.

“On one hand, Park In-keun collected money from Christian donors,” said Choi Seung-woo, 53, who spent five years at the center until 1986. “On the other hand, he gathered all of us in the church and punished rule-breakers ‘in the name of Jesus and God.’ He kicked and bludgeoned us, blood splattered from our head.”

Han Jong-sun, 46, who was taken to Brothers Home at 8 years old, said he saw guards bludgeoning a young man having an epileptic seizure. The teenager was taken away with his eyes rolling to the back of his head and was never seen again. Mr. Han said he was regularly raped by male platoon leaders.

Choi Seung-woo, who endured five years of forced labor at Brothers Home, during a sit-in near the National Assembly in Seoul in 2019.Credit…Ahn Young-Joon/Associated Press

Many key details of abuse were reported in 1987 when prosecutors and opposition lawmakers investigated the home. But prosecutors admitted decades later that they watered down their inquiry under political pressure. The scandal was soon eclipsed by huge pro-democracy student demonstrations that erupted that year.

Mr. Han helped break the long silence by starting a lone protest in front of South Korea’s National Assembly in 2012. Other survivors like Mr. Choi joined the campaign with sit-ins and hunger strikes. But progress was slow. Mr. Park died in 2016 of natural causes.

In 2020, the National Assembly relaunched the Truth and Reconciliation Commission, a government agency in charge of investigating past human rights violations that was disbanded in 2010. Brothers Home was the first case the commission decided to investigate.

“The state has ignored pleas to address the human rights violations at Brothers Home, not taking any action while knowing that there were problems,” Jung Geun-sik, the commission’s chairman, said on Wednesday. “It downplayed and distorted the case during an investigation in 1987, preventing a proper legal resolution based on facts.”

Victims say they have struggled with depression and rage, often ending up in prison or becoming abusive spouses or parents since their time at Brothers Home. Mr. Choi’s brother, who had also been held there, took his own life in 2009. Mr. Han’s sister, another victim, ended up in a mental institution.

“The place deprived us young inmates of our adolescence and education, limiting our ability to speak for our rights and get the political attention we deserved,” Mr. Park said. “Even as our country democratized, we never became part of a mainstream class, treated like something that it was best to keep out of sight.” 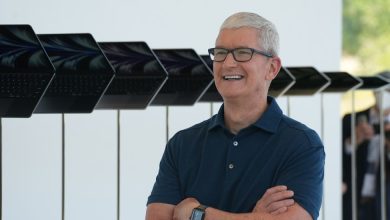