WASHINGTON — Ever since American manufacturing entered a long stretch of automation and outsourcing in the late 1970s, every recession has led to the loss of factory jobs that never returned. But the recovery from the pandemic recession has been different: American manufacturers have now added enough jobs to regain all that they shed — and then some.

The resurgence has not been driven by companies bringing back factory jobs that had moved overseas, nor by the brawny industrial sectors and regions often evoked by President Biden, former President Donald J. Trump and other champions of manufacturing.

Instead, the engines in this recovery include pharmaceutical plants, craft breweries and ice-cream makers. The newly created jobs are more likely to be located in the Mountain West and the Southeast than in the classic industrial strongholds of the Great Lakes.

American manufacturers cut roughly 1.36 million jobs from February to April of 2020, as Covid-19 shut down much of the economy. As of August this year, manufacturers had added back about 1.43 million jobs, a net gain of 67,000 workers above prepandemic levels.

Data suggest that the rebound is largely a product of the unique circumstances of the pandemic recession and recovery. Covid-19 crimped global supply chains, making domestic manufacturing more attractive to some companies. Federal stimulus spending helped to power a shift in Americans’ buying habits away from services like travel and restaurants and toward goods like cars and sofas, helping domestic factory production — and with it, job growth — to bounce back much faster than it did in the previous two recessions.

Treasury Secretary Janet L. Yellen said that the recovery of manufacturing jobs was a result of the unique nature of the recession, which was induced by the pandemic, and the robust federal response, including legislation like the $1.9 trillion American Rescue Plan of 2021.

“We had a huge shift away from services and into goods that spurred production and manufacturing and very rapid recovery in the U.S. economy,” Ms. Yellen told reporters during a trip to Detroit this month. The support for local economies and small businesses included in Mr. Biden’s rescue plan, she said, “has been tremendously helpful in restoring the health of the job market and given the shifting in spending patterns, I think that’s been to the benefit of manufacturing.”

American manufacturers, like many industries, have struggled to find raw materials, component parts and skilled workers. And yet, they have continued to create jobs at a rate that has surprised even some longtime promoters of American factory employment.

“We have 67,000 more workers today than we had in February 2020,” said Chad Moutray, the chief economist for the National Association of Manufacturers. “I didn’t think we would get there, to be honest with you.”

In recessions over the last half century, factories have typically laid off a greater share of workers than other employers in the economy, and they have been slower to add jobs back in recoveries. Often, companies have used those economic inflection points to accelerate their pace of outsourcing jobs to foreign countries, where wages are significantly lower, and to invest in technology that replaces human workers.

Economists have been surprised by recent strength in the labor market, as the Federal Reserve tries to engineer a slowdown and tame inflation.

This time was different. Factory layoffs roughly matched those in the services sector in the depth of the pandemic recession. Economists attribute that break in the trend to many U.S. manufacturers being deemed “essential” during pandemic lockdowns, and the ensuing surge in demand for their products by Americans.

Manufacturing jobs quickly rebounded in the spring of 2020, then began to climb at a much faster pace than has been typical for factory job creation in recent decades. Since June 2020, under both Mr. Trump and Mr. Biden, factories have added more than 30,000 jobs a month.

Sectors that hemorrhaged employment in recent recessions have fared much better in this recovery. Furniture makers, who eliminated a third of their jobs in the 2008 financial crisis and its aftermath, have nearly returned to their prepandemic employment levels. So have textile mills, paper products companies and computer equipment makers.

Manufacturers say the numbers could be even stronger, if not for their continued difficulties attracting and hiring skilled workers amid 3.7 percent unemployment.

Fernando Torres, vice president of operations for Greene Tweed, a Pennsylvania-based manufacturer of materials and components used by the aerospace and semiconductor industries, said his company has had to become more flexible to attract new workers and offer more attractive salaries and benefits. He has been looking for employees with different backgrounds that the company can train to develop the skills to fill open jobs, and said that it has been hard to retain staff because competitors are aggressively trying to lure them away.

But Mr. Torres said that Greene Tweed, which employs just fewer than 2,000 workers, did not plan to give up, considering the demand for his company’s products.

“We are looking for lots of employees,” Mr. Torres said. “We are not looking at slowing down.”

Chuck Wetherington, president of BTE Technologies, a manufacturer of medical devices based in Maryland, said that he was trying to expand his work force of around 40 by 10 percent. A lack of workers, he said, has become a bigger problem than supply chain disruptions.

“Our backlog continues to grow,” Mr. Wetherington said at a National Association of Manufacturers briefing. “I just can’t find the employees.”

Mr. Biden has pushed a variety of legislative initiatives to boost domestic manufacturing, including direct spending on infrastructure, tax credits and other subsidies for companies like battery makers and semiconductor factories, and new federal procurement requirements that benefit manufacturers located in the United States. Biden administration officials say those policies could play a decisive role in further encouraging factory job growth in the coming months and years, in hopes of continuing the expansion and possibly pushing factory employment back to pre-2008 levels.

Other factors could help hasten more American manufacturing. Delayed deliveries, sky-high shipping prices and other supply chain issues during the pandemic have encouraged some chief executives to think about moving production closer to home. The average price to ship a 40-foot container internationally has fallen sharply in recent months, but it is still three times higher than it was before the pandemic, according to tracking by the freight booking platform Freightos.

A container ship at the Port of Los Angeles. As Covid-19 crimped global supply chains, domestic manufacturing became more attractive to some companies.Credit…Stella Kalinina for The New York Times

Businesses are also beginning to question the wisdom of producing so many goods in China, amid rising tensions between Washington and Beijing over trade and technology. The Chinese government’s insistence on a zero-Covid policy, despite the severe disruptions it has caused for the economy, has especially shaken many executives’ confidence in their ability to operate in China. Mr. Biden has also maintained many tariffs on Chinese imports imposed by Mr. Trump.

“The pandemic response by China has definitely prompted more than a rethink on where to put new money. I think we are actually beginning to see action,” said Mary Lovely, a professor of economics at Syracuse University and a senior fellow at the Peterson Institute for International Economics. How much of that investment came to the United States was unclear. “I don’t think anyone really knows,” she added.

Ed Gresser, the vice president of trade and global markets at the Progressive Policy Institute, a left-leaning think tank, said that the United States had seen a noticeable uptick in new manufacturing establishments since 2019, especially in the pharmaceutical sector, which might be a response to the pandemic. Food and beverage establishments have also continued to grow.

While attitudes toward doing business in China have quickly soured, patterns of production have been slower to change. A survey of 117 leading companies released in August by the U.S. China Business Council found that business optimism had reached record lows, but U.S. corporations remained overwhelmingly profitable in China, which is still home to the world’s most expansive ecosystem of factories and a lucrative consumer market.

Eight percent of the surveyed companies reported moving segments of their supply chain out of China to the United States in the past year, while another 16 percent had moved some operations to other countries. But 78 percent of the companies said they had not shifted any business away from China.

The Biden administration is hopeful that new policies — including a manufacturing competitiveness law and a climate law the president signed this summer — will encourage more companies to leave China for the United States, particularly cutting-edge industries like clean energy and advanced computing.

Brian Deese, the director of the National Economic Council, said in an interview that the laws were already changing the calculus for investment and job creation in the United States. In recent weeks, White House officials have promoted factory announcements from automakers, battery companies and others, directly linked to the climate bill.

“One of the most striking things that we are seeing now,” Mr. Deese said, “is the number of companies — U.S. companies and global companies — that are committing to build and expand their manufacturing footprint in the United States, and doing so based on their view that not only did the pandemic highlight the need for more resilience in their supply chains, but that the United States is creating a policy environment that makes long term investment here in the United States more attractive.” 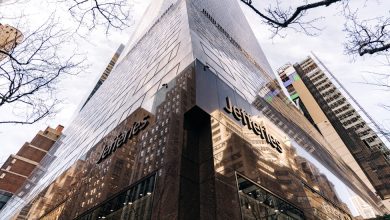 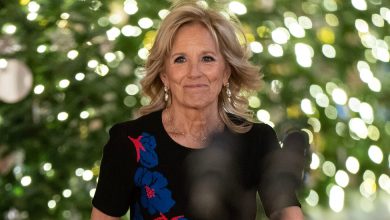 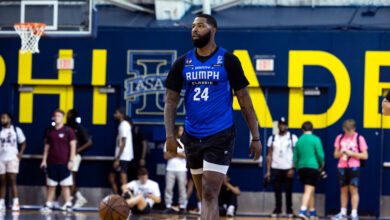 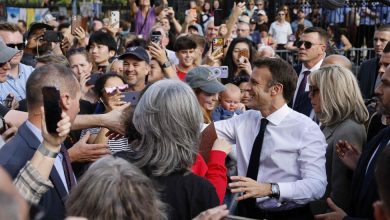 As Macron Loses His Sheen at Home, Harmonious U.S. Visit Is ‘Regenerative’