The saxophonist Zoh Amba recently led a guest into the Upper West Side brownstone that houses the Vedanta Society of New York. Removing her shoes, she made her way upstairs to a cozy library, where she has spent hours studying Hindu philosophy since arriving in town last fall. She darted among the shelves and offered nutshell biographies of the Holy Trio, sacred figures in her discipline of Advaita Vedanta.

Later, sitting on a bench in nearby Central Park, she held forth on a different pantheon: a lineage of fiery, uncompromising free-jazz saxophonists she first heard during deep YouTube dives as a teenager, including Albert Ayler, Frank Wright, Frank Lowe and David S. Ware. Speaking each name, she pressed her hands to her heart and assumed the same reverent tone she used when holding forth on the Trio.

Reflecting on the winding route that’s taken her from a troubled childhood in Tennessee to her current position as a ubiquitous presence on New York’s avant-garde jazz scene, Amba, 22, stressed that the twin passions in her life aren’t distinct.

“Something as intense as the music led me to Advaita Vedanta,” she explained. “But also, the music is that, you see? It’s both things: The music is God; God is the music. Hand in hand.”

Hearing Amba play, it’s clear that her passion comes from somewhere deep inside. In the first few minutes of a recent concert at the Stone in Manhattan, alongside the pianist Micah Thomas, the alto saxophonist Immanuel Wilkins and the drummer Billy Drummond, she erupted with low-register blasts, then worked her way up to the altissimo range of her tenor sax, her cheeks puffing as she summoned harsh multiphonic squeals.

But her music also has a soft and prayerful side, beautifully captured on “O, Sun” from March, one of three albums she’s releasing this year as a bandleader. “Bhakti,” a new collaboration with Thomas and the drummer Tyshawn Sorey captures the full range of her expression, from fervid to lullaby soft. On its Tuesday release day, Amba will perform at Roulette with Thomas, the bassist Thomas Morgan, the guitarist Matt Hollenberg and the drummer Marc Edwards. (In the spring, she’ll debut at the Big Ears Festival in Knoxville, Tenn.)

“Anytime I enter the space,” Amba said, referring to music itself, “I look at this as a moment for me to get closer to God.”Credit…Scott Rossi for The New York Times

The 73-year-old Edwards — a percussive dynamo who has worked with free-jazz titans including Ware, Cecil Taylor and Charles Gayle across a nearly 50-year career — was struck by his musical chemistry with Amba from their first performance together. “She was the perfect partner for me,” the drummer said. “It reminds me of Fred Astaire and Ginger Rogers, how they dance so well together.”

Sorey described Amba as a “fearless” improviser. He explained that while first-time free-improvised sessions often begin tentatively, theirs for “Bhakti” quickly reached peak intensity. “With Zoh, the way that started off — where it’s just, ‘OK, here it is. This is who I am. Let’s go there,’” he said, “that’s something that I don’t really encounter too regularly.”

For Amba, collaborating with luminaries like Edwards and Sorey — as well as the trailblazing saxophonist-composer John Zorn, who produced “O, Sun” and cameos on the record; the eminent bassist William Parker, who plays on “O Life, O Light, Vol. 1,”another of Amba’s 2022 albums; and the Yeah Yeah Yeahs drummer Brian Chase — once seemed unlikely. She grew up in Kingsport, Tenn., near the Virginia border, with a single mother who had Amba and her twin brother at 18.

“Kingsport is, like, middle of nowhere,” Amba said. “We have a big chemical plant that explodes once a year. I went to a high school, 12 people in the class, very tiny, and the mascot was the Rebels; the school flag was the Confederate flag.”

“I love straight-ahead,” Amba said, referring to the mainstream of jazz. “But unfortunately, it’s just not the song in my heart.”Credit…Scott Rossi for The New York Times

She played guitar and wrote songs, but switched to alto saxophone after seeing a video of Charlie Parker in middle-school band class. “My mother hated the saxophone,” Amba said, so she developed a daily routine of practicing in the woods near her house. Eventually, she swapped the alto for a tenor, and at that point, “It felt like everything completely vanished, and I was living in this world that I always dreamed of.”

Amba started browsing YouTube, devouring the work of tenor greats like John Coltrane, Lester Young and Coleman Hawkins. But she sensed that there might be a more obscure strata of players who would speak to her even more.

A web search led her to Albert Ayler, whose roaring, quavering tone and palpable thirst for transcendence have made him an icon to generations of freethinking tenor players. Amba immediately identified not just with his music but also with the resistance he faced in his own home.

She heard an interview where Ayler recalled practicing saxophone in his parents’ house. “He comes downstairs and his mother tells him, ‘I don’t think you’re my child; I think they made a mistake at the hospital,’ and he just cried, just feeling like, people aren’t accepting me,” she said. “I really understood that.”

After high school, Amba attended the San Francisco Conservatory, where her allegiance to free jazz put her at odds with her teachers. “I love straight-ahead,” she said, referring to the mainstream of jazz. “But unfortunately, it’s just not the song in my heart.” After two years, she dropped out.

Growing up, Amba was intensely drawn to religion, but the absolutism of Christianity turned her off. In San Francisco, a fellow musician gave her a book on Advaita Vedanta, a tradition that embraces all faiths as equally valid. “As soon as I found it,” she said, “it was a huge turning point for every single thing in my life.”

She dropped out of the conservatory and spent time at Vedanta centers on the West Coast. Within the community, she was given the name “Amba,” a Sanskrit word meaning mother. (She has added her given middle name, Zoh.) She moved back to Tennessee, but in the fall of 2020, after being invited by a mutual acquaintance, she made daylong drives from Kingsport to Harlem to meet and eventually study with David Murray, the master saxophonist who has reconciled the whole history of jazz tenor, from swing to free, during a wildly prolific career.

“We would play really high together and just scream on the horn together in our lessons, and he’s like, ‘Come on, give me more,’” Amba said. “He’s the one who encouraged, like, ‘Don’t stop, keep pushing, let me hear it, go farther.’”

In an interview, Murray said Amba reminds him of himself when he was her age. “She’s trying to find her voice now, which is when I tried to find my voice when I got to New York, when I was 20 years old,” he said. “And to find your voice early is a rare thing.”

Her mother hated the saxophone, Amba said, so she developed a daily routine of practicing in the woods near her house. Credit…Scott Rossi for The New York Times

After another brief music-school stint, this time at Boston’s New England Conservatory, Amba made the full-time move to New York in fall 2021 and played gigs with the pianist Vijay Iyer and a trio with Parker and the drummer Francisco Mela. But tensions also arose between her and some members of the scene.

“One musician who’s older said that I was aggressive and pushy,” she said, and she began connecting with new collaborators, including the genre-spanning multi-instrumentalist Shahzad Ismaily, and expanding her range of listening, delving into noise and metal. (She cited a 2018 collaboration between the Japanese improv extremist Keiji Haino and the bruisingly heavy trio Sumac as a recent favorite.) In February, she recorded “Bhakti” — the title means “devotion to God” — which she sees as her strongest statement to date, and the one most closely aligned with her life’s purpose.

“Anytime I enter the space,” she said, referring to music itself, “I look at this as a moment for me to get closer to God.” That idea guided the “Bhakti”session: “I prayed before and I said, ‘OK, God, let me get closer to you.’ Then we stepped in there, turn off the lights, and it was just like, boom.” 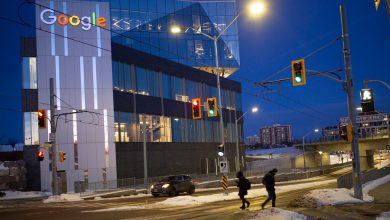 Pressure Mounts on Cawthorn as Scandals Pile Up

How a Florida Power Project Flew Under the Regulatory Radar