It is good, productive farmland, despite the rugged landscape. But it soon won’t be a farm anymore.

The land’s owner, John Hindrup, who bought it in 2013 for 1.8 million New Zealand dollars, sold it this year for 13 million, or $8.2 million. His windfall came courtesy of a newly lucrative industry in New Zealand: Forestry investors will cover the property in trees, making money not from their timber, but from the carbon the trees will suck from the atmosphere.

“If you told me this two years ago, I wouldn’t have believed you,” Mr. Hindrup, 67, said of the land’s skyrocketing value.

So-called carbon farming has become a key element of New Zealand’s drive to be carbon neutral by 2050. Under a market-based emissions trading program, companiesin carbon-intensive industries must buy credits to offset their emissions. Many of those credits are purchased from forest owners, and as the credits’ price has soared, forestry investors have sought to cash in by buying up ranches.

The emissions trading program is New Zealand’s most powerful tool to reduce greenhouse gases. But the loss of ranch land to carbon farming could threaten one of its most iconic industries and change the face of idyllic rural areas. Farmers and agriculture experts have voiced concerns that sheep and cattle ranching, a major employer in many communities and one of the country’s top exporting sectors, is bound for a significant decline.

“We’re talking about a land-use transformation beyond anything that we have seen probably in the last 100 years,” said Keith Woodford, an honorary professor of agriculture and food systems at Lincoln University in New Zealand who is also an industry consultant. “It is a big change in land use, and we just need to be sure that is what we want.”

A sheep and cattle farm in Auckland where the owner is planting trees to earn carbon credits.Credit…Fiona Goodall/Getty Images

The country’s emissions trading program is the only one in the world that allows companies to offset 100 percent of their emissions through forestry. (The United States has regional carbon trading initiatives but no national program.) New Zealand has turned so heavily to carbon farming in part because it is not doing enough to reduce emissions.

While tiny on a global scale, New Zealand’s emissions were still rising before the pandemic, and it is one of the largest carbon polluters among developed nations on a per-capita basis. The agriculture sector is New Zealand’s largest emitter of greenhouse gases, largely through methane released by animals.

Today’s policy decisions, in response to the long road ahead in addressing climate change, are essentially locking in land use for decades, Mr. Woodford said. Permanent carbon forests must remain planted with trees, and timber forestry that earns carbon credits is required to replant trees after they are harvested — typically at Year 28 — or face a financial penalty.

Already, the amount of ranch land sold to forestry interests has ballooned, with many of the sales to foreign buyers from places like Australia, Malaysia and the United States. In 2017, the beef and sheep farms sold in their entirety for forestry totaled about 10,000 acres, according to a report commissioned by Beef + Lamb New Zealand, an industry group. Two years later, the figure was 90,000, and while sales dipped early in the pandemic, they are expected to have risen in 2021.

The land sales have grown as the price of carbon credits has tripled in the last three years, reaching 80 New Zealand dollars. The increase reflects an imbalance between supply and demand in credits as New Zealand’s emissions remain heavy, as well as the influence of speculators who expect carbon credit prices to continue to rise as the country faces the need to further tighten climate policies to achieve its pledges.

At current prices, credits can generate carbon farming revenue of upward of 1,000 New Zealand dollars an acre annually, compared with about 160 dollars for sheep and beef ranches.

A calf having its gas emissions monitored at a research center in Palmerston North, New Zealand.Credit…Marty Melville/Agence France-Presse — Getty Images

David Hall, a climate change policy researcher at Auckland University of Technology, said that the price of credits was likely to pass 100 dollars in the next few years, but that a price of over 200 dollars would be required to prompt changes in the transportation sector that are necessary to meet the carbon-neutral goal.

Just how many trees New Zealand needs to meet that pledge is unclear. It will depend partly on how quickly the country transforms into a low-emissions economy, with technological advances reducing the need for carbon farming.

Under current projections, the country’s Climate Change Commission put the figure at 2.7 million acres of carbon forests by 2050, but other modeling saw a need for more than 13 million acres, about 70 percent of the area occupied by sheep and beef farms in New Zealand.

Shaving 2.7 million acres off the sheep and beef sector could translate to a loss of 2 billion New Zealand dollars a year in exports, Mr. Woodford said. Meat and wool are New Zealand’s second-largest export category, totaling about 12 billion dollars, or 15 percent of total exports.

With no obvious industry to fill the export gap, the exchange rate would come under downward pressure, eventually increasing import costs for New Zealanders, Mr. Woodford said. “This by itself isn’t going to cause a catastrophe, but it is certainly significant,” he said of losing large areas of beef and sheep farms.

For rural communities, carbon farming risks creating “green deserts” of trees that generate few jobs. Permanent carbon forestry provides about one job a year per 2,500 acres after planting, according to a report from Te Uru Rakau, New Zealand’s forestry department. Timber forestry generates dozens of jobs during planting and harvesting but little for the almost three decades in between. Beef and sheep farming provides regular and seasonal employment of about 13 full-time jobs per 2,500 acres.

Horehore Station, the ranch that was recently sold, employed three people full time and many others part time, such as shearers, fencers and helicopter pilots, Mr. Hindrup said. Then there were the truck drivers, cafe owners and others who relied indirectly on ranch income.

“It is just going to demolish those communities, decimate those regional economies,” said Kerry Worsnop, a farmer and council member for Gisborne, one of a dozen or so areas concerned about the conversion of ranches into forestry.

One report from a business advisory firm found that if all the steeper, more challenging land in the Gisborne area became a permanent carbon forest, almost half of its jobs — about 10,000 — would evaporate.

Farmers are facing a range of pressures from New Zealand’s environmental goals. The government has considered rule changes that would take some of the heat out of rural land sales but backed off in the face of opposition from Maori landowners. As more farmers sell their land, operating costs will increase for those who remain, as they share expenses for things like veterinary care, said Toby Williams of Federated Farmers, an industry group.

In addition, the agriculture sector will soon face a financial penalty for its emissions after having been exempted from the carbon trading program. And new environmental regulations have prompted protests by farmers in which they have clogged city streets with tractors.

“It just wasn’t worth my mental health, my physical health,” said Charlie Reynolds, who sold his ranch this year after facing a fencing bill of 250,000 dollars to meet the new regulations.

Ultimately, the degree to which New Zealand’s ranch land becomes carbon forests will be determined by the choices of farmers. Some are planting their own properties in trees. Others are pulling an income from both cattle and carbon by turning underutilized ranch areas, like erosion-prone gullies, into forests.

Niven Winchester, an economics professor at Auckland University of Technology, said the parts of the economy that contributed significant amounts of greenhouse gases, like agriculture, should be reduced.

“We as a society have to do something about climate change,” Mr. Winchester said, “and it is going to be costly.” 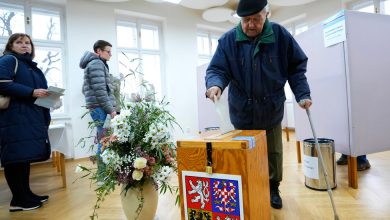 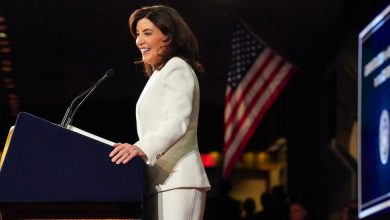 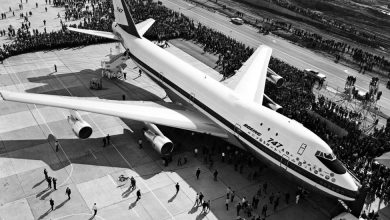 The Last Boeing 747 Leaves the Factory