TEL AVIV — Israeli airstrikes hit several targets in the Gaza Strip on Friday, prompting Palestinian militants to return fire with scores of rockets, in the deadliest escalation of violence in the territory since an 11-day war last year.

The Israeli airstrikes hit residential apartments as well as militant watchtowers and outposts, killing a militant leader and at least nine other people including a 5-year-old girl, according to the Gaza health ministry.

United Nations officials attempted to broker a truce, but militants continued to return fire with rockets late Friday, raising the likelihood of a more protracted conflict that diplomats and analysts feared could last into next week.

Israel said its strikes were a pre-emptive effort to prevent an imminent attack on Israeli civilians from Islamic Jihad, the second-largest militant group in Gaza. One early airstrike killed Taysir al-Jabari, a senior military leader from the group, according to both Islamic Jihad and the Israeli military. Israel launched new strikes later on Friday, after the Palestinians fired back.

The range and number of the rockets fired from Gaza deep into Israeli territory constituted a greater threat than any barrage launched from the enclave since the war in May 2021. Militants in Gaza fire rockets into Israel several times a year, but usually over short distances and into rural areas.

“The enemy has started a war targeting our people, and we all need to defend ourselves and our people,” an Islamic Jihad statement said. 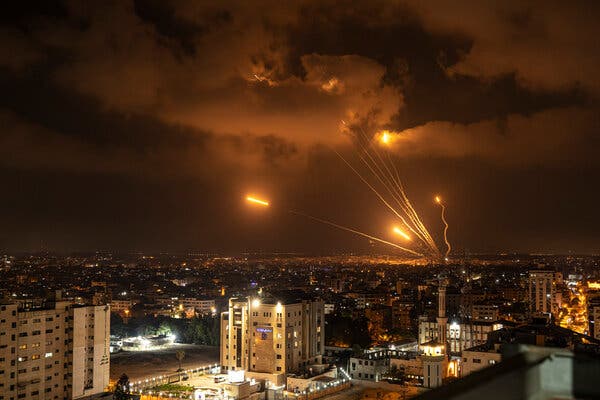 Israeli broadcasters showed the rockets flying over Israeli territory before being intercepted by missiles from an Israeli air defense system known as Iron Dome. Interceptions were reported in the skies as far north as Yavne, a city in central Israel just south of Tel Aviv, while air raid sirens sounded throughout the night across large parts of the south, indicating heavy rocket fire overhead.

The escalation followed one of the least violent phases in Gaza for several years. Both Israel and Hamas, the militant group that runs Gaza, had previously signaled they wanted to avoid another full-scale war over the enclave, which has been under an Israeli and Egyptian blockade since 2007.

Since May 2021, there have been relatively few cross-border exchanges of fire, as tensions shifted to the occupied West Bank and Israel itself.

But over the past week, the possibility of a new conflict in Gaza re-emerged — this time not with Hamas, but with Islamic Jihad. Israel arrested one of Islamic Jihad’s senior commanders in the West Bank this week, leading to threats of reprisal from its Gaza leadership.

Israel closed crossings into the Gaza Strip this week in anticipation of a retaliatory attack following the arrest, and closed Israeli roads near the edge of Gaza.

The building in Gaza City where Taysir al Jabari was killed.Credit…Ibraheem Abu Mustafa/Reuters

By Friday, Islamic Jihad had not yet responded to that arrest with an attack, but Israel said it was on the verge of doing so, and so had targeted Mr. al-Jabari and others pre-emptively.

“Israel will not allow the terrorist organizations to set the agenda in the Gaza Strip and threaten the citizens of the State of Israel,” Prime Minister Yair Lapid of Israel said shortly after the initial airstrikes.

The length and intensity of the escalation could be determined in part by whether Hamas joins Islamic Jihad in returning fire.

In the past, Hamas has occasionally sat on the sidelines as Islamic Jihad clashed with Israel, and the group did not immediately rule out repeating that approach on Friday.

“As we mourn the leader al-Jabari and the righteous martyrs, we affirm that matters are open to all directions, calling for an end to the Zionist aggression against our people,” Ismail Haniyeh, chief of Hamas’s political bureau, said in a statement.

U.N. officials were attempting late on Friday to persuade all sides to stand down.

In the aftermath of the initial strikes, plumes of smoke billowed over the Gazan skyline. On the ground, throngs of rescuers, medics and onlookers gathered in the street near where the Islamic Jihad commander had been killed. Photographs posted online showed him being carried through a crowd, and a grieving man carrying what appeared to be a dead child covered in a shroud.

The airstrikes moved the focus of conflict back to Gaza after a period of heightened violence in Israel and the West Bank.

Palestinians carrying the body of Mr. al-Jabari in Gaza City on Friday.Credit…Mohammed Salem/Reuters

Since March, Palestinian attackers have killed at least 19 Israelis and foreigners in the West Bank and Israel, in the most intense wave of stabbings and shootings for several years. In response, Israel has mounted almost nightly raids in the West Bank, arresting hundreds of Palestinians and killing more than 40, according to the United Nations.

Several civilians were caught in that West Bank violence, including Shireen Abu Akleh, a Palestinian American broadcaster shot dead while covering an Israeli raid in May.

Gaza has been under an Israeli and Egyptian blockade since Hamas seized control of the coastal strip in 2007. That blockade imposes severe limitations on what is allowed into the enclave and who is allowed out.

Israel says the blockade is necessary to stop the flow of arms to Palestinian militants there, but Palestinians and aid groups say it is a punitive measure that exacerbates the dire economic and social conditions in the strip. Palestinian officials said dozens of people scheduled to go to the West Bank for medical treatment were among those prevented from leaving Gaza as a result of this week’s closures.

Hamas has repeatedly indicated in recent months that it does not want a major new military escalation in Gaza, in part to avoid worsening the humanitarian situation so soon after the devastation of last year’s war.

Gazan authorities are still repairing buildings damaged or destroyed in last May’s fighting; Hamas and Islamic Jihad are still restocking their rocket depots; and Gazans are reluctant to lose certain concessions made by Israel following last year’s war — including a rise in the number of Israeli work permits assigned to Gazan residents, a major lifeline for the Gazan economy.

In Argentina, a Political Marriage of Convenience Comes Undone 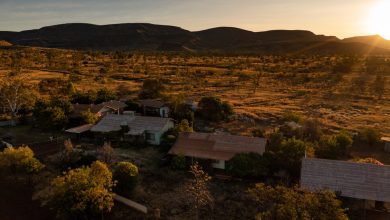 The Invisible Risks of a Town Ruined by Asbestos