JERUSALEM — Israeli police stopped Muslim worshipers from entering the Aqsa Mosque compound early Sunday morning and brief clashes broke out in nearby side streets, two days after violence erupted at the holy site.

The police, seeking to prevent contact between Muslims and Jews who had entered the compound, confined Muslims who were already inside it to a central part of the site. They provided Jewish worshipers with a police escort as they walked around the perimeter of the site, known as the Temple Mount to Jews, which was the location of an ancient temple considered the holiest place in Judaism.

Earlier, Palestinians had gathered near the entrance used by non-Muslims to enter the site, blocking part of the route that is usually used by Jews to discreetly pray near where the ancient Jewish temple stood.

Clashes later broke out in the side streets around the mosque compound, as police used batons and sound grenades to force back Muslims who were trying to enter. Palestinians shouted, “With our souls, with our blood, we sacrifice for Al Aqsa.”

Tensions are often high at the complex in Jerusalem’s Old City, which is sacred to both Islam and Judaism. But they are particularly tense at the moment because of a rare overlap between Ramadan and Passover, which has prompted more Muslims and Jews to enter the site than usual.

Muslims consider efforts by some Jewish activists to pray furtively at the site to be a provocation, because they violate the longstanding Israeli policy of allowing Jews to visit but not pray. They also fear that Jewish prayer there will give momentum to campaigns by small extremist groups to build a new Jewish temple at the site.

Many Muslims have also been angered by recent efforts by extremist Jews to enter the compound with young goats to make a Passover sacrifice. The police said last week that they had arrested some activists who were planning such a sacrifice.

On Friday, Israeli riot police, firing rubber-tipped bullets and stun grenades, stormed the main mosque on the compound to detain hundreds of Palestinians, many of whom had been throwing stones at them. More than 150 people were injured.

The recent clashes have followed a wave of Palestinian attacks on Israelis and deadly Israeli raids in the occupied West Bank.

Similar clashes at the mosque last year contributed to the outbreak of an 11-day war between Israel and militants in Gaza led by Hamas, the Islamist movement that controls the strip.

This year, however, both Israel and Hamas have signaled that they are not seeking an escalation. Khaled Meshaal, a senior Hamas official, said on Saturday that both sides had conveyed through Qatari officials that they did not want a new conflagration. 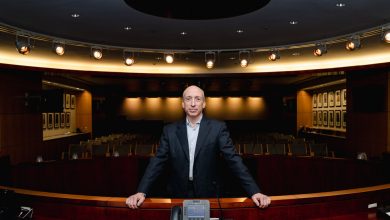 Inside a Crypto Nemesis’ Campaign to Rein In the Industry