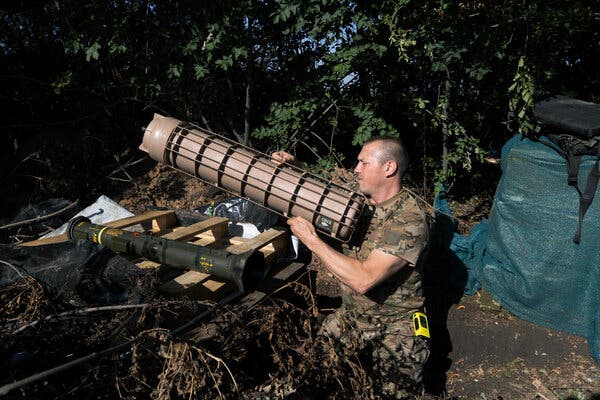 Berlin, a commander of a Ukrainian army unit on the eastern front lines, has seen his unit of about 120 men reduced to 55 after Russian attacks.Credit…Tyler Hicks/The New York Times

Anti-tank landmines laid by Ukrainian soldiers outside of Bakhmut, in eastern Ukraine, where the forces were dug in just over a mile from a tree line bristling with Russian troops.Credit…Tyler Hicks/The New York Times
Russian troops have made little progress taking territory in the Donbas after taking the eastern cities of Sievierodonetsk and Lysychansk earlier in the summer.Credit…Tyler Hicks/The New York Times

OUTSIDE BAKHMUT, Ukraine — The Ukrainian commander, just a few yards from his unit’s position in a maze of earthen trenches and dugouts along eastern Ukraine’s front line, pondered what exactly his troops had done to mark their country’s 31st Independence Day.

The commander, Berlin, who goes by a nickname like many Ukrainian soldiers, scoffed, clearly amused by the thought.

“We have no fireworks here for the holiday,” said Berlin, whose nom de guerre comes from his ability to speak German. Berlin’s men were dug in outside the eastern city of Bakhmut, just over a mile from a tree line bristling with Russian troops.

“We have no wounded, no dead,” he added late Wednesday afternoon. “It’s already a holiday for us.”

The whistles and thuds of incoming Russian artillery fire reverberated somewhere off to the west and Berlin, with a buzz cut and tired eyes, shrugged. The shells were hitting another Ukrainian position. Not his.

While defiant Ukrainians celebrated in Kyiv on Wednesday, which is also the six-month mark since Russia’s invasion, Independence Day looked much the same as previous days to these fighters at the front.

Since Russian forces seized the cities of Sievierodonetsk and Lysychansk earlier this summer, taking a swath of eastern Ukraine’s mineral-rich Donbas region, Moscow’s advance has focused on several smaller population centers, including Bakhmut.

Berlin, who hails from the city, which had a prewar population of around 70,000, was appointed the commander of his company roughly four days ago, he said. The last commander had his hand sheared off by a Russian shell and Berlin happened to be next in line.

The unit, which once had around 120 soldiers, had been reduced to 55 men in recent weeks as Russian forces pushed to take the city. The advance ultimately stalled on its outskirts but both sides took heavy losses, Ukrainian military commanders said.

Berlin attributed his unit’s casualties, the majority of them shrapnel wounds and amputations, to Russian shelling from mortars and rockets. 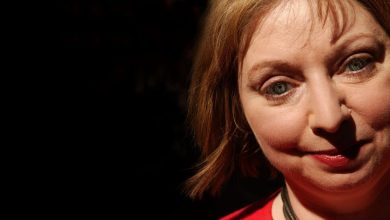 What to Read by (and About) Hilary Mantel

At Least One Dead as Volcano Erupts in Indonesia, Spewing Ash Cloud

A South African study of infected zoo lions spurs worries about the virus spreading in the wild.