Pharoah Sanders, a saxophonist and composer who was celebrated for music that was at once visceral and spiritual, purposeful and ecstatic, died on Saturday in Los Angeles. He was 81.

His death was announced in a statement by the recording company Luaka Bop, which did not specify the cause.

The sound Mr. Sanders drew from his tenor saxophone was a force of nature: burly, throbbing and encompassing, steeped in deep blues and drawing on extended technique to create shrieking harmonics and imposing multiphonics. He could sound fierce or anguished; he could also sound kindly and welcoming. He gained wide recognition as a member of John Coltrane’s groups from 1965 to 1967 and went on to a fertile, prolific career, with dozens of albums and decades of performances.

Mr. Sanders played free jazz, jazz standards, upbeat Caribbean-tinged tunes and African- and Indian-rooted incantations such as “The Creator Has a Master Plan,” the first half of his 1969 album “Karma,” a pinnacle of devotional free jazz. He recorded widely as both leader and collaborator, working with Alice Coltrane, McCoy Tyner, Randy Weston, Leon Thomas, Joey DeFrancesco and many others.

His most recent album was “Promises,” a collaboration with the London Symphony Orchestra and Sam Shepherd, the electronic musician known as Floating Points, released in 2021.

“I’m always trying to make something that might sound bad sound beautiful in some way,” Mr. Sanders told The New Yorker in 2020. “I’m a person who just starts playing anything I want to play, and make it turn out to be maybe some beautiful music.” 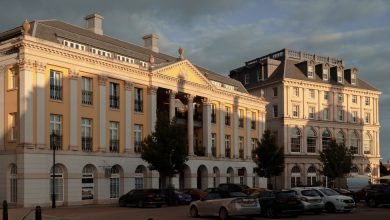 The Town That Charles Built

An Indian State Banned Alcohol. The Drinking Moved to Nearby Nepal.