Sea ice around Antarctica has reached a record low in four decades of observations, a new analysis of satellite images shows.

As of Tuesday, ice covered 750,000 square miles around the Antarctic coast, below the previous record low of 815,000 square miles in early March 2017, according to the analysis by the National Snow and Ice Data Center in Boulder, Colo.

“It’s really unprecedented,” said Marilyn N. Raphael, a professor of geography at the University of California, Los Angeles, who studies Antarctic sea ice. Warmer ocean temperatures may have played a role, she said, “but there are other factors that we will be working on finding out in the next months.”

Antarctic sea ice extent is highly variable from year to year, but overall has increased very slightly, on average, since the late 1970s, when satellite observations began. By contrast, sea ice extent in the Arctic, which is warming about three times as fast as other regions, has decreased by more than 10 percent a decade over the same period.

The two regions are very different. The Arctic Ocean covers high latitudes, including the North Pole itself, and is hemmed in by land masses. In the Southern Hemisphere, Antarctica covers the pole. The Southern Ocean, which surrounds the continent, begins at much lower latitudes and is open to the north.

While rapid warming in the Arctic is largely responsible for the shrinking of sea ice there, the effect of climate change on Antarctic sea ice is far less clear.

Edward Blanchard-Wrigglesworth, a climate scientist at the University of Washington, said that many scientists expect that global warming will eventually lead to declines in Antarctic sea ice. But right now, he said, “it’s really hard to connect the two, especially in terms of single events like this one.”

Instead, a complex group of factors is at play when it come to Antarctic sea ice. Large-scale atmospheric patterns, often occurring far from the continent, as well as local ocean currents and winds can all increase or reduce sea-ice coverage.

For instance, Dr. Blanchard-Wrigglesworth said, some research suggests that a strong El Niño in 2015 and 2016, when sea surface temperatures in the tropical Pacific were higher than normal, led to sharply lower sea ice coverage in 2016.

Ted Scambos, a senior researcher at the Earth Science and Observation Center at the University of Colorado, said in an email message that warmer than normal sea-surface temperatures in some areas around Antarctica may have played a role in the current minimum.

And Dr. Raphael said winds may also have had an effect, especially in the area of the Amundsen Sea on the continent’s western side. A region of low pressure air that regularly develops over the sea was especially strong this year, she said, and that resulted in stronger winds that may have driven more ice farther to the north, into warmer waters where it would melt faster.

While overall sea ice extent has only slightly increased since the late 1970s, the rate of increase began to accelerate in 2000, and ice extent reached a record high in 2014. But then something unexpected happened, Dr. Raphael said. It dropped drastically over the next three years, reaching the record low in 2017.

A world on fire. A United Nations report has concluded that the risk of devastating wildfires around the world could increase by up to 57 percent by the end of the century, as climate change further intensifies what the authors of the document described as a “global wildfire crisis.”

A megadrought and rising sea levels. An intense drought in the American Southwest has become so severe that it’s now the driest 22-year period in the region in 1,200 years. Scientists are also warning that coastal sea levels in the U.S. will rise by about a foot or more on average by 2050.

Depleting water supplies. The world’s glaciers may contain less water than previously believed, suggesting that freshwater supplies could peak sooner than anticipated for millions of people worldwide who depend on glacial melt for drinking water, crop irrigation and everyday use.

Normally, she said, levels would then have continued to be average or above average for several years. But the new sharp drop this year occurred sooner. “It happened so quickly,” she said.

“That’s what makes this one unusual,” she added. After 2017, “the ice went back to normal but didn’t stay that way.”

Dr. Blanchard-Wrigglesworth said that to understand why the ice extent is so low now, researchers will have to examine how conditions might have shifted last year. “I wouldn’t be surprised if we find out that this is the result of changes in winds over the last three to six months,” he said.

The low sea ice extent has been noticeable in the Weddell Sea, east of the Antarctic Peninsula, which because of its circular current retains much more ice from year to year than the other parts of the Antarctic coast. A group of scientists and explorers encountered relatively mild ice conditions while venturing into the sea this month in search of the wreck of Endurance, Ernest Shackleton’s ship, which sank during an Antarctic expedition in 1915.

This year’s ice extent could dip even lower, depending on the weather, but should soon start increasing as temperatures begin to drop heading into the Antarctic fall and winter. Ice coverage reaches a maximum each year around the end of September. The average maximum over four decades is more than 7 million square miles.

Dr. Blanchard-Wrigglesworth said that events like this one and the previous record low offered researchers an opportunity to better understand the connection between climate change and sea ice in Antarctica. “A valid new research question might be, are these the first few indications that there is starting to be a reversal in the long-term trends?” he said. 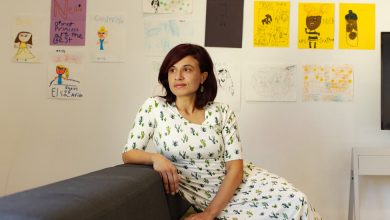 You, Too, Could Be Sailing in the Sydney Hobart 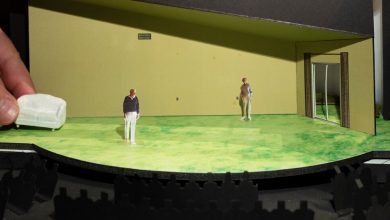