The Australia Letter is a weekly newsletter from our Australia bureau. Sign up to get it by email.

“She’s spotting it everywhere, she reckons,” Zeke Macville said, lounging in a fold-up chair on a riverbank just yards away from where more than three million tons of blue asbestos tailings had been dumped.

He was talking about how his wife, Ellie, thought there were asbestos tailings in the gravel around where they had decided to set up camp for the night. Mr. Macville, 33, wasn’t certain — he didn’t know what blue asbestos looked like in its natural form.

His wife was right. The riverbank was littered with chunks of blue asbestos tailings and fibers.

Last month, I traveled to the ghost town of Wittenoom with a photographer, Matthew Abbott, to document its last days and ongoing tragic legacy, as the Western Australia government closed in on its decade-long attempt to shut down the town. A detail that didn’t make it into the resulting article was the tourists we met around the town.

The Macvilles had been lured to Wittenoom by the promise of a free camping site. They were only planning to stay for one night, and to some extent, they were aware of the dangers. Mr. Macville had worked with other kinds of asbestos as a roofer and had family members die from asbestos-related cancers. But they didn’t think the risk was serious enough to stay away.

“Don’t get me wrong. I did worry about it, when I worked with it,” Mr. Macville added. “But that was 10 years ago. You kind of forget, you know?”

On the outskirts of the town, farther away from the old mine, we found Laurence Gothorp, 80. Standing in the doorway of his caravan, shirtless and eating a banana, he said he had stopped by to have a “stickybeak.”

He was within the contamination zone, but said he wasn’t worried about the risk because he thought he was a safe distance away from the mine.

And he didn’t agree with the Western Australian government’s argument that closing the town and booting out the last residents would deter others from visiting.

“People will still come here whether they take the houses away or not, because of the history of the mine,” he said.

Before Mr. Abbott and I embarked on our trip, we had extensively researched the dangers of Wittenoom and thought we had a generally good idea of what to expect. But seeing with our own eyes the chunks of asbestos fibers around the riverbank where tourists still camped was chilling.

“It was quite shocking that something so dangerous could still be accessible to the general public,” Mr. Abbott said.

What was also surprising was the lack of deterrents, save for some signs reading “Asbestos in this area. Do not stop.”

We took safety precautions like wearing high-grade masks and limiting how long we stayed, and took other measures that were maybe overly cautious, like throwing out a bunch of our belongings that we thought had a small chance of being contaminated.Experts say that although there is no known safe threshold for blue asbestos exposure, the risk of illness from a low level of exposure is small.

But on our trip, there were things we couldn’t account for, as when we visited Mario Hartmann, one of the town’s last residents.

His kelpie dropped a ball at my feet, tail wagging, and I threw it without thinking. Only after it left my hand and he scampered after it, kicking up clouds of dust, did I realize the mistake I’d made.

Before the trip, an expert had mentioned that we should not kick up dust, because that dust could be laced with asbestos fibers. Easy enough, I thought. Obviously, we hadn’t accounted for the dog.

As much as we tried to be cautious, it’s impossible to be absolutely safe — which is part of Wittenoom’s horror. The longer that residents or visitors stay, the greater danger they face: The blue asbestos fibers are microscopic and invisible to the naked eye, and the cancers they cause can take decades to metastasize.

Unlike, say, a war zone where you’re dealing with physical risks in real time that stop when you leave the location, Wittenoom’s danger is largely invisible, uncertain, and one that stays with you, Mr. Abbott said.

Because of its psychological, invisible nature, people can have very different understandings of what level of risk they’re exposing themselves to, as evidenced by the tourists we spoke to.

Mr. Abbott worried in particular about younger thrill-seeking tourists who might continue to visit the town. “You think you’re invincible and at that age it’s hard to imagine a speck of dust killing you,” he said. “How do you comprehend that? That, to me, is a problem because people will continue to visit there and take those risks without fully comprehending it.”

This is part of the reason the Banjima people, whose native land includes Wittenoom, are lobbying for the contamination to be cleaned up. Not only will it protect their people who continue to visit the area as part of their cultural obligation, they say, it is the only way to protect the health of future visitors.

Now that the last residents have been evicted, the question of what will happen to the contamination site remains.

Now for this week’s stories:

Sean Turnell at the Milken Institute 2017 Asia Summit, in Singapore. He was an economic adviser to Daw Aung San Suu Kyi before the coup in 2021, and has been imprisoned since then.Credit…Milken Institute, via Reuters

Enjoying the Australia Letter? Sign up here or forward to a friend.

For more Australia coverage and discussion, start your day with your local Morning Briefing and join us in our Facebook group. 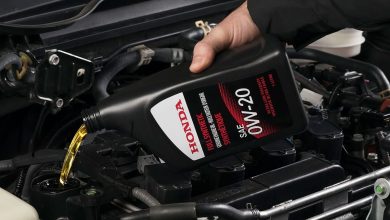 How Much Does a Ford Oil Change Cost?

At the Capitol, a New Normal Greets Biden 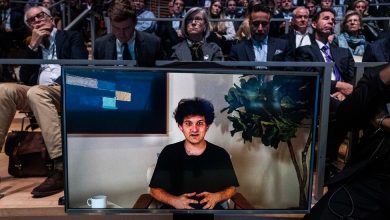 What We Learned From Sam Bankman-Fried, Mark Zuckerberg, Reed Hastings and More 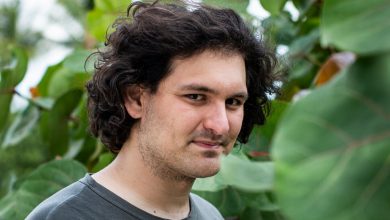 Prosecutors Say FTX Was Engaged in a ‘Massive, Yearslong Fraud’