When Sheryl Sandberg said this week that she was resigning as chief operating officer of Meta, she also reflected on her legacy as a woman in tech.

“I’m especially proud that this is a company where many, many exceptional women and people from diverse backgrounds have risen through our ranks and become leaders — both in our company and in leadership roles elsewhere,” she wrote in an announcement posted on her Facebook and Instagram pages.

Yet even as Ms. Sandberg lauded the progress of women at Meta, the broader reality for female leaders at the top of the tech industry has been far more disappointing. And with her exit this fall, Silicon Valley is losing one of its most visible and outspoken female executives, leaving few — some would say zero — similar peers in her wake.

Ms. Sandberg, 52, was part of a cohort of women at major tech companies who made keynote speeches, rose to the level of founders like Larry Page and Mark Zuckerberg, and had a seat at the table at high-powered business gatherings like the Allen & Co. conference in Sun Valley, Idaho. But over the years, many of these women — including Marissa Mayer of Yahoo, Meg Whitman of Hewlett Packard Enterprise and Ginni Rometty of IBM — have departed, often with their reputations in tatters.

More broadly, women have not made notable gains in recent years in the highest echelons of Alphabet, Apple, Amazon, Meta and other tech giants where the corridors of power continue to be dominated by men. The industry’s record on female leadership trails that of other industries, even as tech exerts more influence in the global economy and in people’s lives.

“The C.E.O. is the face of the company,” and in the tech industry, “somehow collectively the world seems to want the face to be a white man,” said Jenny Lefcourt, a founder of All Raise, a nonprofit focused on advancing gender and racial equality, and an investor at Freestyle Capital.

Some women in positions of power at publicly traded tech companies, such as Vijaya Gadde, Twitter’s general counsel, have become targets of harassment. Others, such as Françoise Brougher, the former chief operating officer of Pinterest, have sued for discrimination. And in recent years, women tech leaders have often appeared to be hired to clean up someone else’s mess, leading to the term “glass cliff,” a play on “glass ceiling” and a reference to the high risks of the roles.

Some women now in charge of public tech companies include Safra Catz of Oracle, Lisa Su of Advanced Micro Devices and Sarah Friar of Nextdoor, though they have tended to be more private compared with Ms. Sandberg.

Alphabet, which owns Google, and Microsoft also have women in their executive suites, such as their chief financial officers (Ruth Porat at Alphabet, Amy Hood at Microsoft), and those heading up business units, including Susan Wojcicki at YouTube. A generation of tech start-ups are also led by women, such as Melanie Perkins at the design software maker Canva and Fidji Simo at the delivery company Instacart.

The longtime chief operating officer of Facebook’s parent company said she would leave the role in the fall, after 14 years. 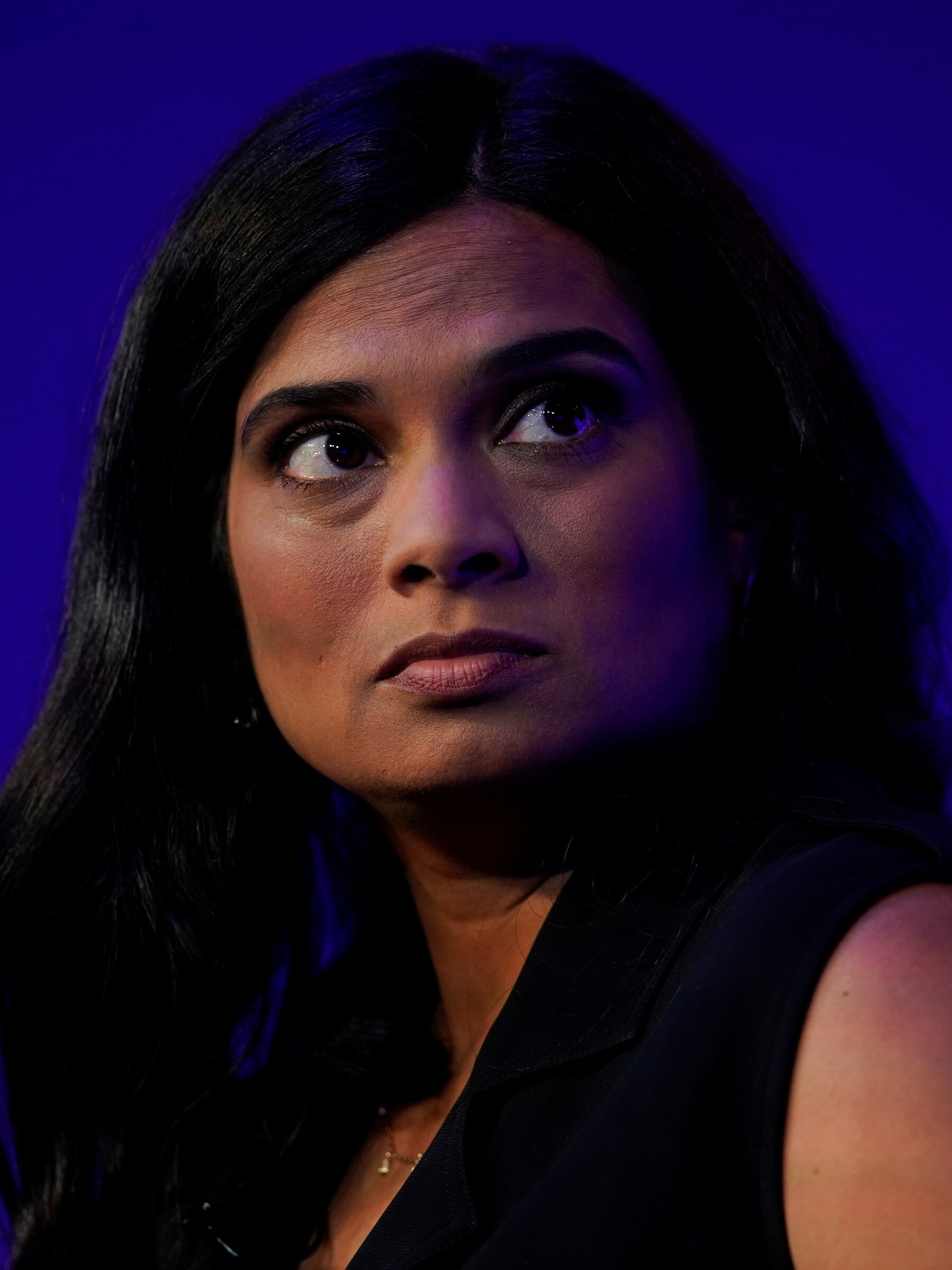 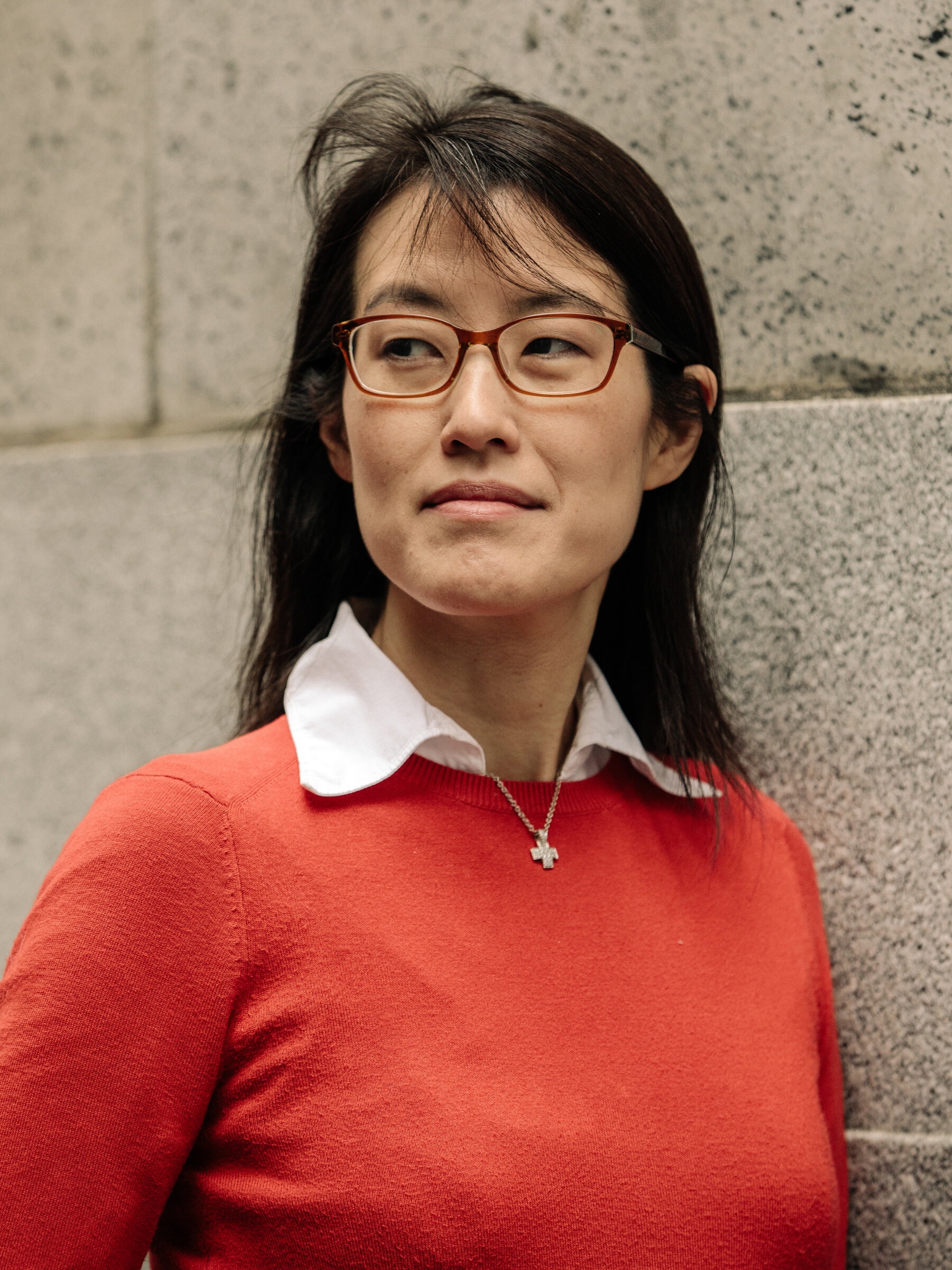 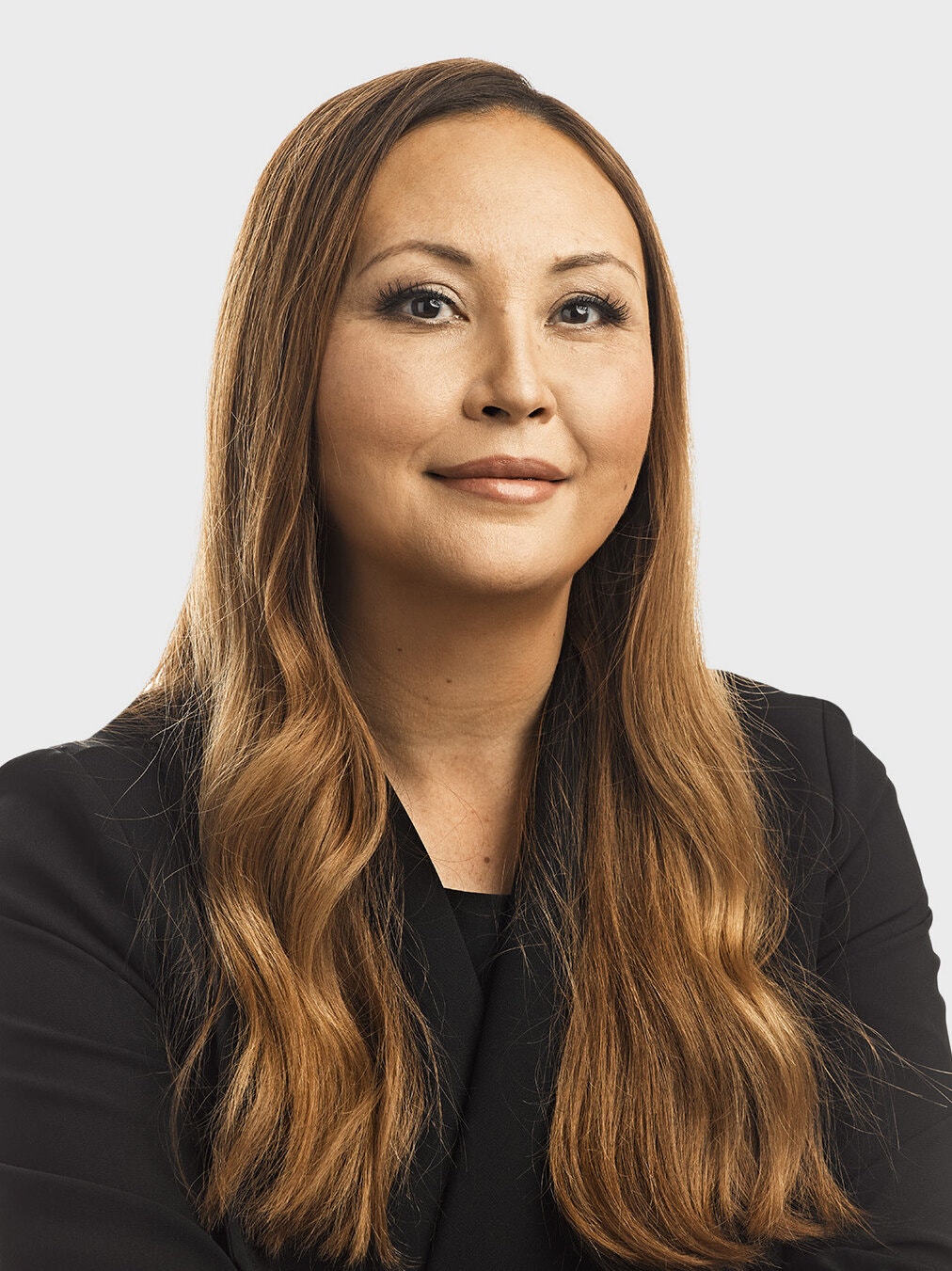 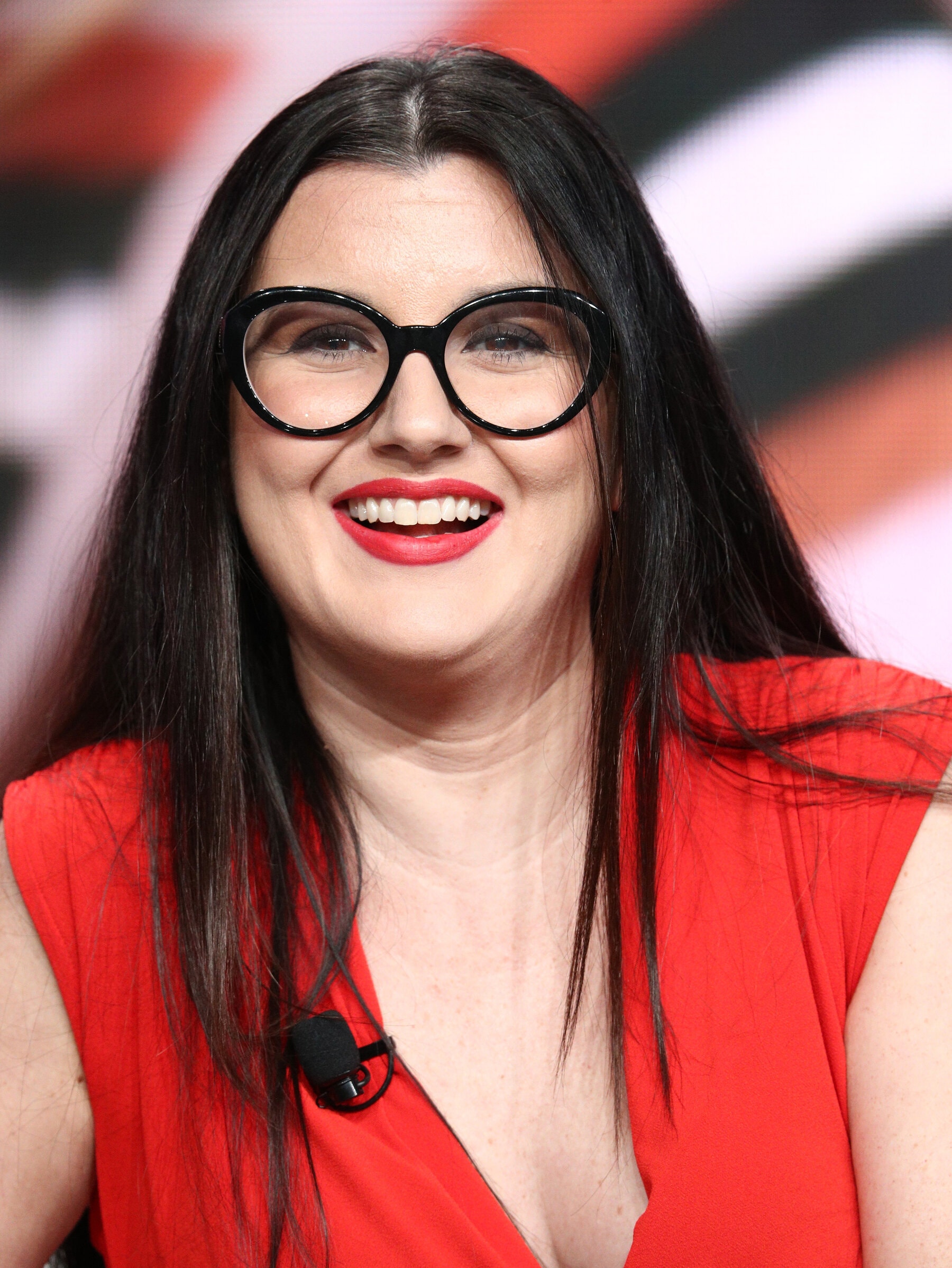 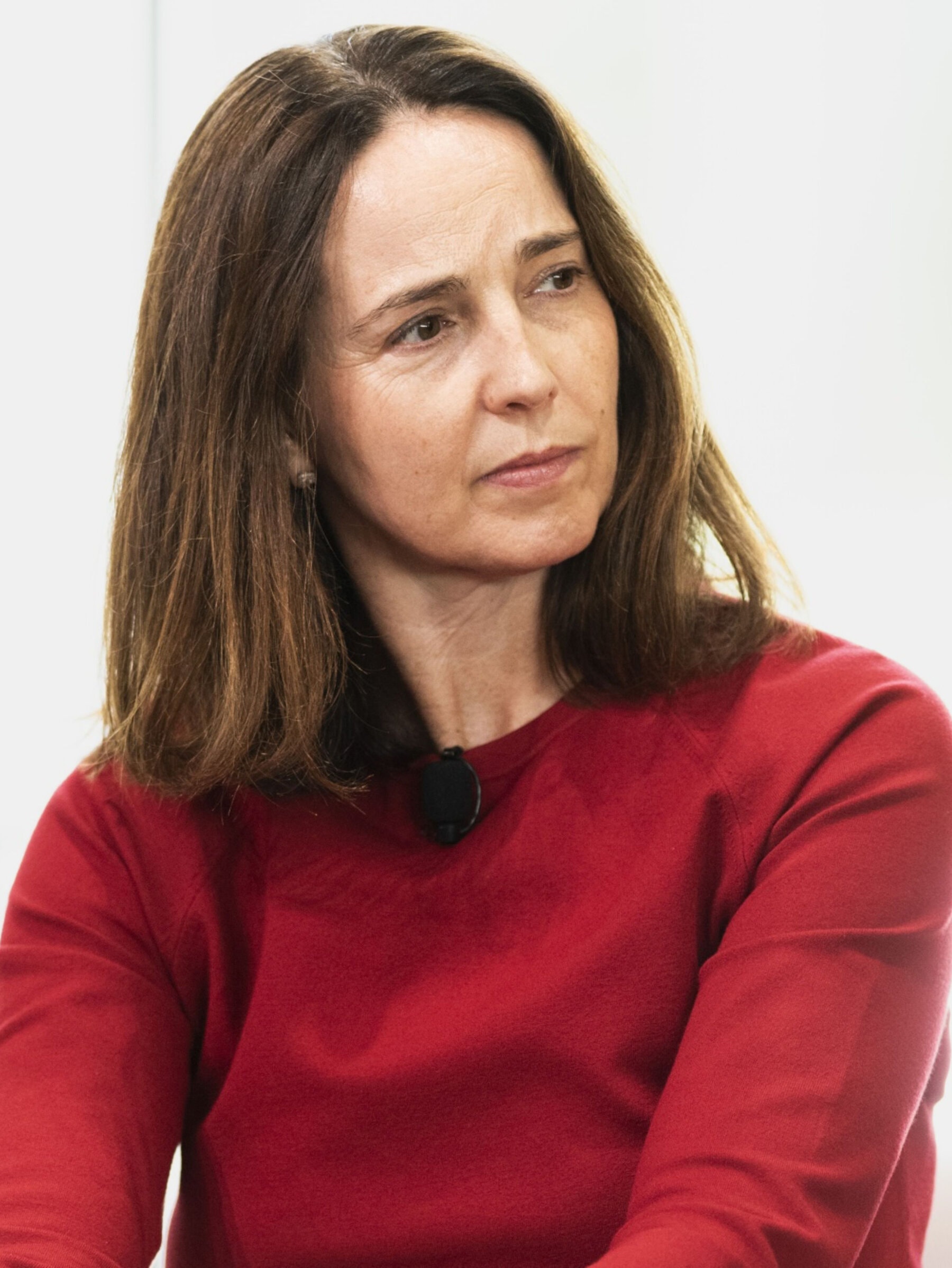 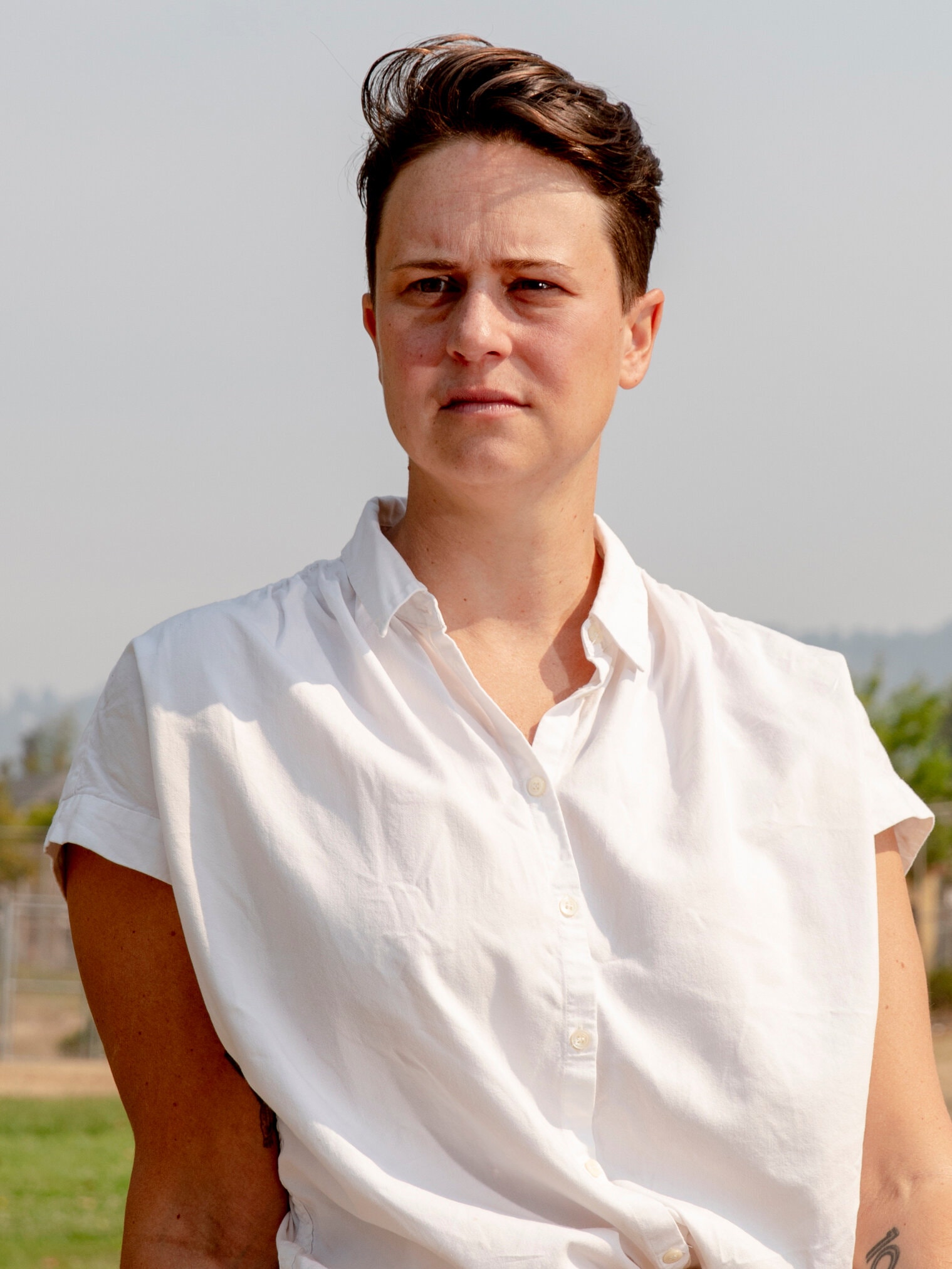 “If we stay at this current rate of progress, it will take way beyond our lifetimes to get to parity,” Ms. Lefcourt said. “We need exponential change from here.”

Ms. Lefcourt attributed the minimal progress to the tech industry’s systemic unconscious biases, which she said were especially strong when risky start-ups are just beginning. She also cited the paucity of visible examples of what success looks like for women in the industry.

Since at least the 1930s, the biggest tech companies have been led by men. David Packard and Bill Hewlett famously founded Hewlett-Packard in a Silicon Valley garage in 1939, and chip companies such as Fairchild Semiconductor in the 1950s were spearheaded by men. Even in the 1990s, when Carly Fiorina was appointed the chief executive of Hewlett-Packard, women leaders in Silicon Valley were rare.

In the internet era, some women were tapped to lead, including Carol Bartz, the former Autodesk chief executive who became Yahoo’s chief executive in 2009. Other women joined start-ups like Google, which soon ballooned. When Ms. Sandberg left her job as a Google vice president for Facebook in 2008, she helped created a new archetype of an experienced female executive who was helping to professionalize start-ups founded by men. (Facebook was renamed Meta last year.)

“It wasn’t that she was just a C.O.O., Mark made sure she was truly elevated in stature,” said Emilie Choi, the chief operating officer of Coinbase, a cryptocurrency exchange, referring to Ms. Sandberg and Mr. Zuckerberg, the founder of Facebook. Ms. Choi said she and other women in tech used Ms. Sandberg’s template to work alongside tech founders.

In 2013, Ms. Sandberg published her best-selling business manifesto, “Lean In,” which encouraged women to grab opportunities and to more aggressively seek promotions and raises.

The difficulties that women faced in tech were highlighted by Ellen Pao, a venture capital investor who sued her employer, Kleiner Perkins, for discrimination in 2012. She lost the case in 2015, but the high-profile trial showed the ills of Silicon Valley’s boys club. Ms. Pao has since created Project Include, a nonprofit focused on diversity and inclusion.

Ms. Pao said that while more people now believe women and others when they speak up about discrimination and harassment, tech companies haven’t done much to improve their workplaces.

“We don’t get many metrics on diversity and inclusion, and the ones that are shared show little progress, especially at the executive levels,” she said.

In the aftermath of her trial, tech companies began releasing annual diversity reports outlining the gender and racial disparities in their workforces. Venture capital firms, many of them with only male partners, added women to their partnerships.

But many of them encountered difficulties steering aging tech companies. Of those women, only Ms. Catz, Ms. Hood and Ms. Porat remain in their roles.

“The snail’s pace of progress for women leaders in Silicon Valley is worse than disappointing,” said Nicole Wong, the former deputy chief technology officer for the Obama administration and a former Twitter executive. “It makes the commitments that tech leaders made around racial and gender diversity in 2014 look performative.”

In 2017, stories of sexual harassment by powerful men in Silicon Valley became part of the #MeToo movement. That year, a group of female investors created All Raise.

In 2018, California passed a law requiring publicly traded companies to have at least one female board director, leading to scores of women joining corporate boards. (A California judge struck down the law last month; the state has said it will appeal the ruling.) Another new law, passed last year, the Silenced No More Act, provides legal protection for people who speak publicly about discrimination or harassment they experienced at work.

Women in tech have continued speaking out about unfair treatment. In 2020, Ms. Brougher won a $22.5 million settlement from Pinterest for discrimination and retaliation. A discrimination lawsuit by Emily Kramer, the former chief marketing officer at the financial start-up Carta, is working its way through the courts.

There have been some signs of progress. Over the past five years, Katrina Lake of Stitch Fix, Julie Wainwright of The RealReal, Jennifer Hyman of Rent the Runway and Whitney Wolfe Herd of Bumble took the companies they founded public. And following in Ms. Sandberg’s footsteps, female chief operating officers are now more common in tech. They include Ms. Choi at Coinbase, Gwynne Shotwell at SpaceX and Jen Wong at Reddit.

At Meta, Ms. Sandberg hired and promoted women, such as Marne Levine, the chief business officer, and Lori Goler, the head of human resources and hiring. The percentage of women in Meta’s management with titles of director or higher increased to 35 percent in 2021, from 30 percent in 2018, according to the company’s data.

“Sheryl’s leadership has really mattered to a lot of us,” said Kate Rouch, the chief marketing officer of Coinbase who was an employee at Meta until August.

But when Ms. Sandberg leaves her job in the next few months, Javier Olivan, a longtime Meta executive, will take over the role of chief operating officer. Mr. Olivan will be one of four top deputies to Mr. Zuckerberg focused on technology and policy — and all of them are men.

Tags
Meta Sai̇d She That Who

A Panel to Combat Disinformation Becomes a Victim of It