LOS ANGELES — Bucking a streaming slowdown that has recently bedeviled Hollywood, Disney+ added 14.4 million subscribers in the most recent quarter, about 45 percent more than Wall Street had expected and lifting Disney’s portfolio of streaming services to 221 million subscribers worldwide, edging ahead of Netflix for the first time.

As expected, however, Disney acknowledged on Wednesday that its quest to attract 230 million to 260 million subscribers with Disney+ alone by 2024 would be hampered by the loss of streaming rights to popular cricket matches in India. The company’s new subscriber guidance is 215 million to 245 million by 2024, with India almost entirely accounting for the decrease. Disney reaffirmed its promise that Disney+ will be profitable by that year.

Disney released the figures on Wednesday as part of a blockbuster quarterly earnings report. The company also announced price increases for Disney+, Hulu and ESPN+, as well as details of a new version of Disney+ that will include advertising.

Starting on Dec. 8, the current ad-free version of Disney+ will cost $11 a month, up from $8. The ad-supported option will cost $8. (Netflix charges $15.49 for a standard subscription.)

“We are taking a thoughtful approach by launching with a lower ad load and frequency to ensure a great experience for viewers,” Bob Chapek, Disney’s chief executive, told analysts on an earnings-related conference call on Wednesday. Disney’s board recently renewed Mr. Chapek’s contract until 2025.

Strong demand for theme-park vacations — despite economists’ worries about an inflation-led downturn in consumer spending — powered Disney’s increase in profitability. Revenue totaled $21.5 billion, a 26 percent increase from a year earlier. Operating profit surged 50 percent, to $3.6 billion. Analysts had been expecting revenue of about $21 billion and profit of about $3.2 billion, according to FactSet.

Disney shares rose about 6 percent in after-hours trading to roughly $120. Disney’s quarterly results stood in contrast to those of competing media companies, with Comcast disappointing investors with a stagnant Peacock streaming service, and shares of Warner Bros. Discovery plunging because of lower profit guidance. Netflix also had a lackluster quarter; last month, it reported 220.7 million subscribers, a loss of nearly one million.

“Disney still faces economic uncertainty and intense competition,” Paul Verna, principal analyst at Insider Intelligence, a research firm, said in an email, “but its quarterly performance should at least temporarily put to rest some of Wall Street’s gloomier perceptions about the company and, more broadly, about the entertainment industry.”

Economists have long watched Disney’s theme parks as informal barometers of consumer confidence. Historically, when budgets get tight, families cut back on trips to Disney World in Florida and Disneyland in California. That does not appear to be happening: Disney Parks, Experiences and Products reported quarterly revenue of $7.4 billion, up from $4.3 billion a year earlier, and an operating profit of $2.2 billion, up from $356 million.

A year ago, because of the coronavirus pandemic, most of Disney’s theme parks were operating at reduced capacity and Disney Cruise Line was not operating at all. Since April, Disney’s domestic parks and cruise ships have been generally operating without coronavirus-related capacity restrictions, the company said. Disney parks have also started to charge for line-shortening privileges, which has opened up a colossal new revenue stream. New rides have also debuted.

Disney’s 22 domestic hotels had an occupancy rate of 90 percent in the quarter, Christine M. McCarthy, Disney’s chief financial officer, told analysts on the conference call. Bookings for the rest of the year are “roughly in line” with prepandemic levels, she added, and park attendance on “many days” has exceeded 2019 levels.

Disney’s traditional financial engine — cable television — has been under increasing strain because consumers are canceling cable hookups at an accelerated pace. In the United States, about 7.5 percent of cable customers cut the cord in the most recent quarter, up from 4 percent a year earlier, according to estimates from the research firm LightShed Partners. Cable channels have been largely gutted of the best programming beyond live sports. Top entertainment content is now funneled to streaming services.

However, a shift in the timing of this year’s National Basketball Association finals, soccer programming and the Academy Awards provided Disney’s traditional television business with an upbeat quarter. Revenue for the division, which includes ABC, ESPN, FX, the Disney Channel and National Geographic, totaled $7 billion, up 3 percent from a year earlier, and profit of $2.5 billion, a 13 percent increase.

Streaming, on the other hand, continues to lose money as Disney spends aggressively on content, marketing and technology infrastructure. Losses for Disney’s streaming division exceeded $1 billion, compared with a loss of $300 million a year earlier. Streaming revenue climbed 19 percent, to $5.1 billion.

Prices for a bundle of Disney’s three streaming services will range from $13 a month (with ads) to an unchanged $20 a month (without ads on Disney+ or Hulu but with ads on ESPN+).

“We will be providing greater consumer choice at a variety of price points to cater to the diverse needs of our viewers and appeal to an even broader audience,” said Kareem Daniel, the chairman of Disney Media & Entertainment Distribution, in a statement.

As part of its updated guidance for growth, Disney disclosed for the first time that — without India — it expects Disney+ to have between 135 million and 165 million subscribers by the end of the 2024 fiscal year, roughly on a par with expectations. However, Disney said it now expected to have roughly 80 million subscribers in India by 2024, a decline that reflects the loss of the cricket streaming rights.

The difference in markets is important. Outside India, Disney+ generates a monthly average of $6.29 per paid subscriber, a critical financial metric. Because Disney charges nearly a giveaway price for subscriptions in India, it generates the equivalent of only $1.20 per paid subscriber there.

Disney has said it will spend $30 billion on content this year. The pace of new Disney+ offerings is increasing along with its prices. Exclusive programming will include “She-Hulk: Attorney at Law,” a series from Marvel; “Andor,” a series from Lucasfilm; a live-action “Pinocchio” starring Tom Hanks; a “Hocus Pocus” sequel; and “Dancing With the Stars,” which is moving from ABC.

Despite the price increase, “we’re probably the best value in streaming,” Mr. Chapek said on the conference call.

Why Hundreds of New York City Prosecutors Are Leaving Their Jobs 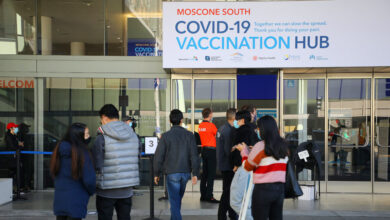 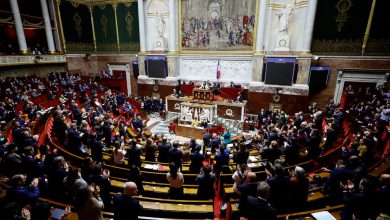 Lawmakers Back Bill to Enshrine Abortion Rights in France’s Constitution 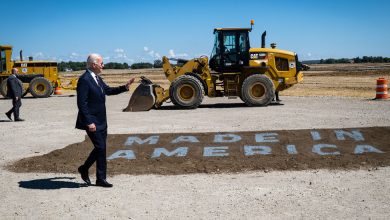 ‘Innovation Hubs’ Aim to Lift Distressed Areas. Congress Just Has to Fund Them.