Of all the categories driving inflation in recent months, among the largest — and most persistent — is rent.

In buildings with more than 50 units, tenants in one-bedroom apartments have been handed new leases costing about 17 percent more on average than they did in March 2020, according to CoStar Group, a Washington-based real estate data company. The Labor Department’s rent indicator — which includes ongoing leases, not just renewals — has steadily risen, to 6.7 percent last month over the previous August.

So while tenants absorb rent increases that often exceed their income gains, are landlords minting money? It depends on the landlord.

Publicly traded owners of sprawling real estate portfolios, like Invitation Homes, have enjoyed some of their best returns over the past few quarters. Things look very different, however, for Neal Verma, whose company manages 6,000 apartments in the Houston area.

Earlier this year, Mr. Verma experimented with raising rents enough to cover the cost of spiking wages, property taxes, insurance and maintenance. Turnover doubled in the properties where he tried it, as people left for nearby buildings.

“It’s crushing our margins,” Mr. Verma said. “Our profits from last year have evaporated and we’re running at break-even at a number of properties. There’s some people who think landlords must be making money. No. We’veonly gone up 12 to 14 percent, and our expenses have gone up 30 percent.”

Overall, the ferocious run-up in rents has been driven by tenants’ desire for more space and location flexibility created by remote work; rising interest rates that have locked would-be buyers out of the for-sale market; and cost increases on delayed maintenance. But the one factor landlords track most closely is their customers’ ability to absorb higher rents.

Higher-earning tenants, who flock to newer buildings with more amenities, have been more willing to accept rent increases. Low-income renters, while seeing faster wage growth, have borne the brunt of higher prices for necessities like groceries and gasoline, and rents in older buildings are rising at a slower rate than newer, nicer ones.

“The reality is that rents can only rise as incomes rise,” said Jay Parsons, chief economist at the real estate data firm RealPage, noting that rent averages 23 percent of the monthly incomes across the apartments they track. “If people can’t afford it, you can’t lease it.”

Geography also matters. Even among the largest landlords, those with a presence in Sun Belt cities such as Miami, Tampa, Nashville and Phoenix saw far faster rent growth than high-cost coastal markets like San Francisco, where rents fell substantially during the pandemic lockdowns as white-collar workers fled for remote locations.

What is inflation? Inflation is a loss of purchasing power over time, meaning your dollar will not go as far tomorrow as it did today. It is typically expressed as the annual change in prices for everyday goods and services such as food, furniture, apparel, transportation and toys.

What causes inflation? It can be the result of rising consumer demand. But inflation can also rise and fall based on developments that have little to do with economic conditions, such as limited oil production and supply chain problems.

Is inflation bad? It depends on the circumstances. Fast price increases spell trouble, but moderate price gains can lead to higher wages and job growth.

How does inflation affect the poor? Inflation can be especially hard to shoulder for poor households because they spend a bigger chunk of their budgets on necessities like food, housing and gas.

Mid-America Apartment Communities, a publicly traded owner of 101,000 units concentrated in Georgia, Texas, Florida and North Carolina, has benefited from all these trends. Its new tenants make $91,319 on average and are in their mid-30s. In the first half of the year, its new and renewed leases increased 17.1 percent over their previous rates, driving the largest increase in its dividend per share in decades.

“We feel very good about the opportunity for pricing going forward and still believe now is the time to push rate versus volume,” said Tom Grimes, the company’s chief operating officer, explaining to investors on a quarterly earnings call that he’d rather raise prices than worry about turnover, which remains low. “Demand is good, and our priority is for growing rents.”

It’s harder to track the finances of privately owned real estate portfolios, which can range from a few hundred to a few thousand units — midsize landlords, in relative terms. But interviews suggest that even if they remain profitable, rising expenses have weighed more heavily on their bottom lines.

Take Swapnil Agarwal, whose Houston-based Nitya Capital has grown swiftly to encompass 20,000 units. He says insurance premiums, payroll costs and maintenance have combined to push his expenses to $7,000 per unit this year from $5,500 in recent years.

“It’s ironic, because our net operating margins have not gone up, actually they’ve gone down,” Mr. Agarwal said. The picture may improve as he renews leases at market rates. “Yes, the rent growth is there,” he said, “but it has to sustain there for a while because of the costs going up.”

Many midsize landlords are also in the business of acquiring, renovating and building apartments. Rising interest rates have made that much more difficult.

Steve Schwat is a principal at UIP Asset Management, which owns a portfolio of buildings in Washington, a market that has been resilient to economic cycles but hasn’t seen outsize rent growth after the early days of the pandemic. For him, the costs of financing and construction wipe out the upside of high occupancy rates and rising rents.

“I think this inflationary environment is a more negative to landlords than it is a positive,” Mr. Schwat said. “Most landlords would tell you, ‘I really liked 2021.’ Things were coming back, interest rates were low, things seemed to be going relatively easy; 2022 is a bitch.”

For those operating on an even smaller scale, cost increases can push landlords into the red, at least temporarily.

Early in the pandemic, many small landlords gave their tenants a break on rent. Some put off nonessential repairs, reducing their expenses. The net effect, according to a JPMorgan Chase analysis of its customers’ business checking accounts, was that their account balances stayed approximately level.

But those costs didn’t go away. Fixing appliances and upgrading heating and air-conditioning systems just had to wait until revenues resumed flowing and health concerns abated, making tenants less concerned about having contractors in their homes.

More recently, smaller landlords have been asking for lower-than-market-rent increases. Adjusted for inflation, rental income paid to noncorporate landlords still hasn’t reached its prepandemic level. According to the Urban Institute’s analysis of data collected in April by an online property management platform, nearly a quarter of those with more than 10 units planned to increase the rent by more than 10 percent, while nearly half of landlords with only one unit weren’t planning to raise rents at all. That can also make financial sense: Finding a new tenant when someone leaves is much more costly when it’s your entire rental income.

“It’s not all good will — they have different incentives from the bigger players,” said Jung Hyun Choi, senior research associate at the Urban Institute, a research organization.

Allison Drescher, the president of an association representing independent landlords in Boston who also manages an apartment portfolio, polled 29 members of her network last week and found that a majority had not increased rents on average across their properties since the pandemic. Of the third who had, none had done so by more than 10 percent.

Understand Inflation and How It Affects You

But after the frigid winter, that might change, given the ballooning cost of heating oil. “When you have a cost increase that dramatic, you’re having landlords either pass through the cost of heating or hot water to the tenants, or raising their rent, or selling their property,” Ms. Drescher said.

Another dividing line: Landlords concentrated in lower-income housing collected less rent from people who lost jobs during the pandemic, and didn’t always recoup all their losses through the federal Emergency Rental Assistance Program.

Ryan Vienneau has a close-up view of that segment of the market. He and his wife own 11 apartments in and around Saratoga Springs, N.Y., and manage 300 other units. For their clients a rental assistance case has meant no income for months, and sometimes only a partial reimbursement, if any.

“It was really like roulette,” Mr. Vienneau said. “If you just happened to have a tenant in an industry that was working, you were probably fine. But if you happened to have a duplex that’s your only retirement and it just so happens that both of those tenants were waitresses, you have absolutely nothing.”

Across the properties he manages, he is handling 10 eviction cases, six of which involve rental assistance, requiring hours of staff time and a lawyer’s help. With a raft of tenant protections that New York enacted in 2019, Mr. Vienneau wouldn’t recommend real estate investing locally, given the heightened risk of lost income.

“We’re in New York, and my wife and I say every day, ‘Everything in our life would be so much better if we’d found any other state,’” Mr. Vienneau said.

Nevertheless, many small landlords still seem to find the reward to be worth the hassle. In a July survey by the property management platform Avail, only 8 percent planned to sell their units, half the rate from earlier in the year.

Across all sizes of landlords, one thing seems certain: Rents won’t rise at this rate for very much longer. While the Commerce Department’s Consumer Price Index will likely continue to show gains through early 2023, rent increases on new leases have slowed considerably.

That doesn’t mean, however, that rents will return to anything near prepandemic levels. In the short term, aside from local efforts to widen rent-control measures, the only factors likely to bring them down markedly are a serious recession and rising unemployment.

Over the longer run, the most important factor is whether homebuilders can catch up to demand.

“Whether our costs went to zero, or our costs double, it might have some effect,” Mr. Vienneau said. “But for most people, it’s 100 percent supply. That’s what’s driving rents. If there are 10 other similar vacant units available, all of our rents are going to come down.” 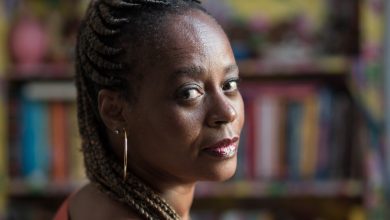 Brazil’s Lula Promised ‘More Books in Place of Guns.’ Can He Deliver? 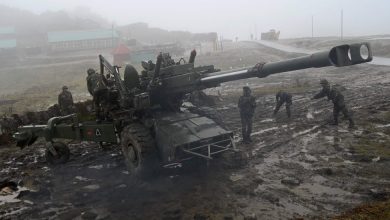 Why India and China Are Fighting in the Himalayas 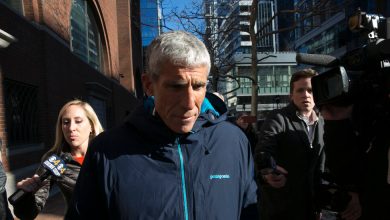 Mastermind of Varsity Blues Scandal, Rick Singer, to Be Sentenced