Early last Wednesday evening, on a quiet street in one of Paris’s northern arrondissements, the Off-White studio was abuzz. Young men in hoodies huddled in a front corner; the fashion stylist Stevie Dance studied a model in a leather overcoat and tall boots as boppy, ’80s-inflected tracks played in the background. Nearby, a photographer snapped shots of the model Liya Kebede in a flowing, pale pink dress, which would be the final look for the brand’s fall runway show the following night.

For many, such a concentration of activity might feel manically distracting, but for the designer Virgil Abloh, who surveyed the scene while talking on the phone, this was a typical display of his creative process. “My mind is constantly working. I’m thinking all the time, talking to my team all the time,” he said.

Since its 2013 launch, Off-White has become known for its fusion of streetwear and high fashion, largely because of its highly identifiable motifs — bold, diagonal black-and-white stripes, quotation marks, an X-like emblem with arrows — as well as a run of countless, hype-generating collaborations with brands like Nike, Moncler, Jimmy Choo, Levi’s — and even IKEA.

Abloh, 37, is a first-generation Ghanaian American, and was raised in Illinois; he studied engineering and architecture before a slew of creative pursuits led him to become Kanye West’s creative director. In addition to designing Off-White’s collections, Abloh oversees the architecture and visuals of all his brand’s stores, of which there are nearly two dozen worldwide, some stand-alone and some in larger retail destinations. He introduced his own conceptual furniture collection at Design Miami in December 2016; recently, he celebrated the opening of “Future History,” a collaborative show with the artist Takashi Murakami at London’s Gagosian Gallery for which the duo worked together on paintings and sculptures. And he D.J.s whenever he can. “At any given time I have two day jobs, three …” he shrugged. In a short while he would head to a nearby rented artist’s space to work on pieces for his first solo art show, debuting in Tokyo in two weeks.

In just a few years, what began as a lineup of monochromatic streetwear pieces (emblazoned with the brand’s signature striping) has evolved into full men’s and women’s collections (which launched in 2015), totaling eight collections per year. This season’s inspiration, he explained while scanning a lineup of looks, derives from the West Village — specifically the Soul Cycle-then-healthy-brunch crowd of young, downtown women with roots in affluent, horse-country suburbs like Greenwich. There were nods to equestrian styles in the form of tall riding boots, reworked with heels and pointy toes, and form-fitting silhouettes to match the tailoring of competition jackets.

Placing new spins on familiar pieces is a major signifier of both the Off-White brand and Abloh’s method: “It’s like taking a Yankees logo and flipping it upside down,” he says. “You’ve taken something that people already wear, and made it so that people who are familiar with it now see in a new way. And now they want it.” Though he admits that “streetwear” was always an easy identifier for his designs, one might argue that Abloh’s not redefining the concept, so much as undefining it — untethering streetwear from any and all definitions.

An hour later, Abloh left Dance, the stylist, to manage the remainder of the fittings, while he traveled to his rented studio in the 18th Arrondissement to paint pieces for his show at Murakami’s Kaikai Kiki Gallery in Tokyo next month. Massive canvases featuring words such as “Television” in white script fill the bare-bones space. Ten pieces will make up the show next month, including a video installation and a sculpture mimicking an old Sunoco gas station sign. It’s the first exhibition Abloh has done of this kind, but he’s more daunted by the limited time frame in which to complete and ship all the pieces to Japan than by the work itself. “There’s no failure in constantly creating,” Abloh said. “The only failure is if you’re actually not making anything. And so, that’s how, that’s why we’re here, in a whole other studio with paint on it. The way my brain is set — there’s no box.”

The following afternoon, Abloh signs sweatshirts, sneakers, even the shirt on a fan’s back, inside the Chrome Hearts store on the tony shopping strip of Avenue de Montaigne. Outside, a line has formed down the block with fans hoping to claim one of just 50 limited-edition Off-White x Chrome Hearts hoodies, all of which sell out in less than two hours. Later that evening at the show’s venue, a pavilion on Rue Cambon, Abloh sits on a plastic-wrapped bench, gazing between his phone and the models’ rehearsal. Clusters of white balloons hover high overhead as “clouds” within a set design he described as “fabricated nature.” There’s already been a fair share of excitement surrounding the show: a last-minute dress addition to the lineup, and just down the street, a feverish mob scene outside the brand’s pop-up, where the newest Off-White x Nike Air Jordan 1 sneaker had gone on sale that day (a situation that required police intervention).

Earlier, Abloh explained why, even as an American, with his home base in Chicago and his brand’s headquarters in Milan, the decision to present his collections in Paris has always been integral to his ambitions for Off-White: “Paris is home to the birthplace of this idea. The names: Givenchy, Balenciaga, Dior, Yves Saint Laurent. Of course, clothes have been made everywhere,” he said. “But this idea, with these principles I’ll still uphold when I’m 50 years old — I’m only doing it for that. Otherwise I wouldn’t do it. I’d be doing something else.”

Could Covid Lead to Progress? 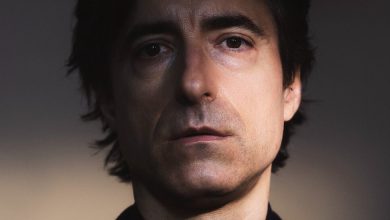 How to Hang a Gallery Wall