There is a poem by Diane Seuss that begins, “Jesus wept and so did Rowena Lee,” and what follows is the kind of buildup of living and suffering and what happens as it all goes down that reminds me of how a good line stays with you like some love. This poem from Seuss’s new collection is like that, all the remembering that makes you grateful for the kisses you remember. Or, as my good friend asks me when I need asking, “Dwayne, how is your heart?” Which, I swear, is a way to say I love you. Selected by Reginald Dwayne Betts 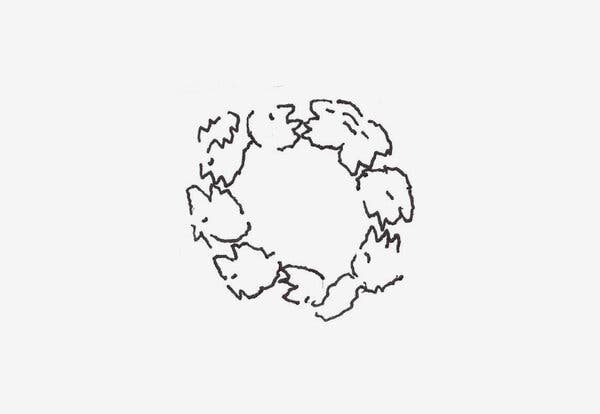 [I hope when it happens]

Reginald Dwayne Betts is a poet and lawyer. He created Freedom Reads, an initiative to curate microlibraries and install them in prisons across the country. His latest collection of poetry, ‘‘Felon,’’ explores the post-incarceration experience. His 2018 article in The New York Times Magazine about his journey from teenage carjacker to working lawyer won a National Magazine Award. He is a 2021 MacArthur fellow. Diane Seuss is a poet who is the author of ‘‘Still Life With Two Dead Peacocks and a Girl’’ (2018), which was a finalist for the National Book Critics Circle Award in Poetry. Her most recent book is ‘‘frank: sonnets’’ (Graywolf Press, 2021).

A Bulgari Necklace With a Jazz Age Flair

Who Is the Bad Art Friend?

A Ceramist Inspired by Folklore and the British Countryside

How to Play Drunk