After seeing 50 apartments in 2019, Keith Spencer knew he had found the place for him as soon as he entered the 51st: a fourth-floor co-op on West 105th Street, in the neighborhood known as Manhattan Valley.

His real estate agent, though, tried to talk him out of it.

“She said, ‘It’s a wreck,’” recalled Mr. Spencer, 56, a freelance classical baritone and voice teacher. The 700-square-foot apartment, in a six-story 1909 building, had flooring that popped up, an awkwardly subdivided bedroom and a cracked wall with water damage.

“I love the neighborhood,” Mr. Spencer said. “I love the people in the area, the diversity. You see people of all walks of life, all colors, all religions. Everyone has an interesting story to tell.”

Among them is Celedonia Jones, 91, the former Manhattan Borough Historian who now serves as emeritus historian of the borough, and who has lived in a two-bedroom at 110th Street and Manhattan Avenue for 33 years. “When I first moved here, it was a pretty blighted area,” said Mr. Jones, who goes by Cal. “On 110th, 107th and 108th, there were a lot of problems with drugs. We’d hear shots fired.”

Change came, he said, as “a lot of the apartments were rehabilitated,” in part by community organizations like the nonprofit Manhattan Valley Development Corporation. The group has rehabilitated 1,200 apartments, said Robin Pace, its executive director. An M.V.D.C. offshoot now manages 772 units of low-income housing.

These days, Mr. Jones said, “It’s a fabulous place to live. You don’t need a car, and you can go anywhere in the city.” 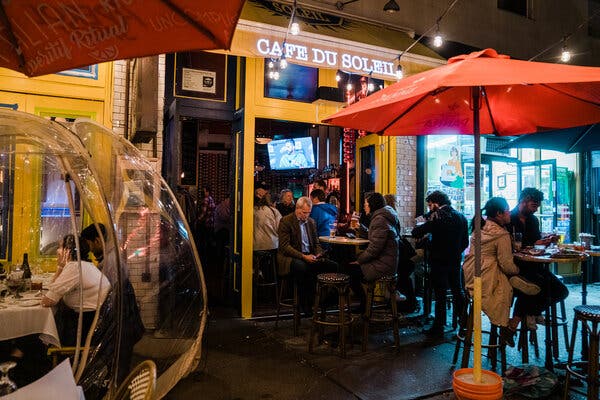 Affordability is one of the neighborhood’s main attractions. “The lovely thing about Manhattan Valley is, it’s a more affordable pocket of the Upper West Side,” said Michaela Morton, a senior sales agent at Compass.

Residents also laud its friendliness. “People smile at each other,” said Amelia S. Gewirtz, 55, an associate broker with Brown Harris Stevens. In 2004, she and her husband, Harold Stephan, 53, a music producer, teacher and songwriter, bought a floor-through apartment “in a street of rowhouses on 96th Street” for “under $600,000,” Ms. Gewirtz said. They now share it with their 14-year-old son.

Ms. Gewirtz appreciates the neighborhood’s two subway lines, the shopping at Columbus Square — a retail and residential development running from 97th to 100th Streets, between Amsterdam and Columbus Avenues — and the gamut of restaurants. “And you have Central Park right there, and then you have Riverside Park,” she said. “You’re literally between the best of everything.”

Manhattan Valley’s boundaries are often defined as Central Park West to Broadway, and 96th Street to 110th Street — although “you’ll get 20 different answers if you ask 20 different people,” said Ms. Pace, of the M.V.D.C.

As its name suggests, Manhattan Valley has rolling terrain, though “it’s quite a subtle valley,” said Joshua Jelly-Schapiro, a geographer and writer who lives on 96th Street and Columbus. Some say the name is the product of savvy marketing by developers seeking to rebrand the area in the 1990s and early 2000s, at which point many residents still called it the Bloomingdale District.

Housing includes sleek high-rises as well as the 17-building Frederick Douglass Houses, a public-housing project dating to the late 1950s; the seven co-op buildings of Park West Village (sometimes called Central Park West Towers), and an HI hostel. Among the co-ops and condos along Central Park West is the former New York Cancer Hospital at 105th Street, completed in 1887 and now converted into condominiums, with an adjacent 27-story residential tower.

One prominent landmark, at the northwest corner of Central Park, is the Frederick Douglass Memorial, with an eight-foot bronze statue of the abolitionist, author and orator. The result of a 2003 design competition, the memorial includes granite seating and paving patterns based on traditional African-American quilt motifs.

Along Manhattan Avenue stand many historic rowhouses, often renovated. “The characteristic of Manhattan Valley to me is small buildings that have been rehabbed,” Mr. Tauber said.

Although prices were “probably about 30 percent off” at the pandemic’s height, Ms. Gewirtz said, now “it’s a seller’s market,” at least for “mint-condition” apartments. With labor shortages and supply-chain bottlenecks, some buyers are looking only at apartments that require no renovation, she said.

On Oct. 25, there were 29 apartments for sale in the neighborhood, according to data provided by Ms. Gewirtz. Listing prices ranged from $225,000 for a one-bedroom co-op to $5.25 million for a four-bedroom, four-and-half-bath condo with a turreted ceiling. Available rentals ranged from the same four-bedroom, for $25,000 a month, to a studio for $1,695.

People in Manhattan Valley have always “looked out for each other,” said Peter Arndtsen, a longtime resident who manages the Columbus Amsterdam Business Improvement District. “People are pretty forgiving and pretty able to roll with things.”

With the pandemic, “a lot of stores closed. That’s an issue,” said Robert Friedman, the broker-owner of RC Realty Group of New York and CEO of a property management firm. But with some residents who left now returning, and more activity at local restaurants, “people are feeling better about the area” again, he said.

Jim Mackin, a historian who leads local tours, also believes things are looking up. “We’ve had over half a dozen restaurants open in the past year,” he said, serving Japanese, Vietnamese, Middle Eastern and other fare.

The Bloomingdale Library, on West 100th Street, houses general reference and borrowing collections. The first library by that name opened in that community in 1896 at a different location.Credit…Gabriela Bhaskar/The New York Times

The No. 1 subway line, on Broadway, stops at 96th and 103rd Streets, and at Cathedral Parkway (also known as 110th Street). The No. 2 express stops at 96th Street and Broadway.

The B and C trains stop at 96th and 103rd Streets, on Central Park West, and at Frederick Douglass Circle.

Manhattan Valley was largely grazing land until the 1879 extension of the Ninth Avenue elevated train, with stations at 99th and 104th Streets, according to a chronology by Mr. Tauber on the Bloomingdale Neighborhood History Group website. Tenements soon followed along Columbus (formerly Ninth) Avenue and rowhouses on nearby side streets, he wrote.

Why an NPR Quiz Show Panelist Loves Her ‘Messy Apartment’

A Surprise for Two ‘Creatives’: An Artists’ Loft in the East Village