Most mornings, La Keesha Taylor spends a few minutes in bed with her eyes open after she wakes up, sizing up the day ahead of her.

Her initial thought: “Am I going to have hot water?”

It’s not her only concern. “It’s an added burden,” she said. “I have two kids, so I have to wake up and deal with what they bring in the morning, while I’m also wondering, ‘Is the water going to be there?’”

During the winter, Ethan and Anthony, who are 7 and 11, are careful not to touch the radiators, because when the units are working, they’re often hot enough to burn skin. Sometimes Ethan wakes up with a nosebleed from the night’s dry air.

Once Ms. Taylor has the boys out the door, there’s the question of whether the elevators will be working. “Sometimes they’re running for a while,” Ms. Taylor said, “but then they break down again.”

The Taylors live on the 25th floor, at the very top of the John Haynes Holmes Towers, a two-building NYCHA development on the Upper East Side with 939 residents, all hoping that their four shared elevators will be working.

When they aren’t, the Taylors have 50 flights of stairs to confront for just one trip outside. “It is what it is,” Ms. Taylor said. “I live on 25. I got to get up there.”

NYCHA, or the New York City Housing Authority, is the agency that oversees subsidized apartments throughout the city — approximately 179,000 of them. Each tenant’s rent is set according to that individual’s income, and there is a list of approximately 160,000 applicants waiting to get a unit within the system.

When Ms. Taylor was growing up in the family apartment, her mother would send her out to get groceries for neighbors. “My mother raised me to help everyone,” she said, “especially the older people in the building.” Credit…Tom Sibley for The New York Times

Ms. Taylor has lived in her family’s apartment all of her life, intermittently climbing the same stairs for 48 years. She had hip surgery in November of 2021. “This is breaking my body down,” she said.

When the elevators are working, they make for a precarious ride, sometimes stopping on a floor that wasn’t requested and reversing direction before reaching the requested floor. The buttons don’t light up when they’re pushed, the operator call button is often broken and sometimes the lights are flickering or out altogether. “I grew up with no fear,” she said. “I’ve been in the elevator when it dropped several floors — suddenly.”

Sometimes she takes a friend’s daughter to school, and the girl always clings to Ms. Taylor’s leg when they step into the elevator. “They keep telling me they’ll fix it,” she said. “All I keep telling them, ‘You’re playing with our lives.’”

Original tenants: Ms. Taylor’s parents moved into Holmes Towers development shortly after it opened in 1973. Her mother was from South Carolina, her father from Georgia. “When this building was built,” she said, “they were one of the first Black families that lived in here — they were some of the founding fathers.” At 18, Ms. Taylor became eligible to be added to the family’s lease.

Back in the day: When she was a child, Ms. Taylor was allowed to play outside on her own, but she couldn’t go past 96th Street. “Mom wanted to look out the window and see me,” she said. “If she couldn’t see me, I was in trouble.”

“I love the city,” Ms. Taylor said. “I love the museums. I love that you can walk outside and go to the store. I love Central Park. We’ve walked to the Central Park Zoo so many times we could do it blindfolded.” Credit…Tom Sibley for The New York Times

When Ms. Taylor and her neighbors come home at the end of the day, more issues await them.

Like so many others in the development, the Taylors have rats and roaches in their apartment. “These buildings are infested. The grounds are infested. At night, you see them.”

When Ms. Taylor’s sons play outside, they regale her with stories of watching rodents climb up the sides of the building. “And when you do sign up for the exterminator,” she said, “they come by, hand you three mousetraps and walk away.”

Earlier this year, the Taylors were moved into a nearby hotel for a few days while asbestos was removed from their apartment. Ms. Taylor has asthma, as does Ethan.

“‘You get what you get’ — that was the attitude we got when we started complaining,” Ms. Taylor said. “And I was thinking, ‘No, you get hot water all the time, you get a reliable elevator.’”

She said her written complaints — or “tickets” — take months to get a response, if they get one at all. So much of her correspondence plays out online, and she noted that tenants are instructed not to go directly to the super or maintenance department.

So Ms. Taylor — who studied early childhood education and psychology at City College and spent several years as a preschool instructor — started organizing.

She worked with a small cohort of fellow tenants in Holmes Towers and the Stanley M. Isaacs Houses — a neighboring NYCHA development — to form the Holmes-Isaacs Coalition. “We had to do a lot of door-knocking, a lot of meetings, to actually get enough people interested and to let them know that you have rights,” she said. “You are entitled to have regular heat and hot water, to have safe elevators, to not have to be afraid of rodents. We had to do a lot of hard work.”

The Taylors have dealt with numerous issues, including asbestos in their apartment and fires in the building. “When you hear the fire trucks, there’s that fear,” Ms. Taylor said. “Are they coming to shut my elevators down? When my kids hear the fire truck, they run to see if it’s in front of the building. No one else faces that.”Credit…Tom Sibley for The New York Times

The coalition started keeping written records of elevator service issues and worked with an independent inspection company to identify violations.

“It takes determination — and I’ve always had it. Did you take a look at my door?” she asked, referring to the Black power flag hanging at the entrance to her home under a list of hashtags written in an array of bright colors: #FullyFundNYCHA, #BlackLivesMatter, #TogetherWeCanWin.

Eventually, the coalition started working with two lawyers, Paula Segal and Michael Leonard at TakeRoot Justice, and filed a lawsuit against NYCHA in 2019. “People living with infestation — mice, roaches — and we always hear, ‘Oh, we’re going to fix it, we’re going to fix it.’ But there’s no accountability,” she said.

Since the coalition took NYCHA to court, she added, some things have improved — some of the issues with the elevators have been resolved, and they break down less often — but many issues persist, particularly with the extermination services and the heating.

A spokeswoman for NYCHA said that the agency doesn’t comment on pending litigation, but that steps are being taken to improve conditions in the building, including regular walk-throughs and educational opportunities for Holmes Towers residents to learn about pest prevention.

Earlier this year, the judge overseeing the suit instructed the coalition to closely engage with NYCHA’s compliance unit and told lawyers from both sides to meet outside the courtroom to address the remaining violations.

“Living here has aged me so much,” Ms. Taylor said. “They killed my sense of safety, stability and trust.”

Each night, when she goes to bed, she tries to shut off her mind and not think about the morning — the hot water and the radiators, the elevators, the precarity of it all. “We’re suffering,” she said. “Everyone in the building is suffering. And I’m tired. But my work is not done. Not yet.” 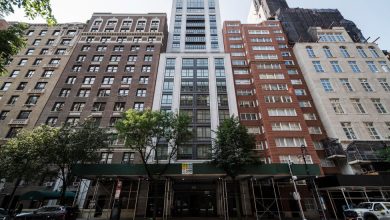 What Does It Take to Build a Disaster-Proof House?

Los Angeles Never Felt Like Home. Now They Live in a Redwood Forest. 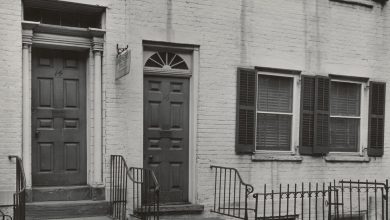 In the Village, Another Piece of the City’s History Is Coming Down