WASHINGTON — Representative Jodey Arrington, a conservative Texas Republican, believes it is well past time for something the nation has not experienced for more than two centuries: a debate over rewriting the Constitution.

“I think the states are due a convention,” said Mr. Arrington, who in July introduced legislation to direct the archivist of the United States to tally applications for a convention from state legislatures and compel Congress to schedule a gathering when enough states have petitioned for one. “It is time to rally the states and rein in Washington responsibly.”

To Russ Feingold, the former Democratic senator from Wisconsin and president of the American Constitution Society, a liberal judicial group, that is a terrible idea. Mr. Feingold sees the prospect of a constitutional convention as an exceptionally dangerous threat from the right and suggests it is closer to reality than most people realize as Republicans push to retake control of Congress in November’s midterm elections.

“We are very concerned that the Congress, if it becomes Republican, will call a convention,” said Mr. Feingold, the co-author of a new book warning of the risks of a convention called “The Constitution in Jeopardy.”

“This could gut our Constitution,” Mr. Feingold said in an interview. “There needs to be real concern and attention about what they might do. We are putting out the alert.”

While the rise of election deniers, new voting restrictions and other electoral maneuvering get most of the attention, Mr. Feingold rates the prospect of a second constitutional convention as just as grave a threat to democratic governance.

“If you think this is democracy’s moment of truth, this is one of those things,” he said.

Elements on the right have for years been waging a quiet but concerted campaign to convene a gathering to consider changes to the Constitution. They hope to take advantage of a never-used aspect of Article V, which says in part that Congress, “on the application of the legislatures of two-thirds of the several states, shall call a convention for proposing amendments.”

Throughout the nation’s history, 27 changes have been made to the Constitution by another grindingly arduous route, with amendments originating in Congress subject to ratification by the states.

With sharp partisanship making that path near impossible, backers of the convention idea now hope to harness the power of Republican-controlled state legislatures to petition Congress and force a convention they see as a way to strip away power from Washington and impose new fiscal restraints, at a minimum.

“We need to channel the energy to restore and reclaim this country’s traditional values and founding principles of limited government closest to the people and individual freedom and responsibility,” Rick Santorum, the former Republican senator from Pennsylvania who has become a convention champion, told a conservative conference this spring in the state.

More Coverage of the 2022 Midterm Elections

Mr. Santorum was pushing for Pennsylvania to become the 20th state to formally call for a convention in recent years, out of the 34 states required. But it is not clear exactly how many states have weighed in, since not all have adopted the same language and some petitions were submitted decades or longer ago and may even have been rescinded.

Mr. Arrington believes that when pending petitions are fully tallied, the 34-state goal might already have been exceeded. His legislation would require the archivist to “authenticate, count and publish” applications by the states, forcing Congress to act.

“The problem is that they haven’t had a ministerial, clerical mechanism for the archivist to keep a count and report to Congress,” Mr. Arrington said. “I do believe we have crossed that threshold, and it is not congressional discretion — it is a constitutional mandate — that Congress should pick a date and a place for the convention.”

Like others, the proposal by Mr. Arrington, a deficit hawk who hopes to become Budget Committee chairman next year, would seek to confine the convention to consideration of fiscal matters to serve as a check on federal spending and taxation.

Russ Feingold, a former Democratic senator from Wisconsin and leader of the American Constitution Society, sees the prospect of a constitutional convention as a dangerous threat.Credit…Mark Kauzlarich for The New York Times

But Mr. Feingold and his co-author, the constitutional scholar Peter Prindiville, say the problem is that there is no certainty that the convention could be forced to stick to a defined agenda. They say that a “runaway” proceeding would be a distinct possibility, with delegates seizing the opportunity to promote wholesale changes in the founding document and veer into areas where they would seek to restrict federal power governing the environment, education and health care, among other issues.

“A convention by its very definition is a free-standing, distinct constitutional body,” Mr. Prindiville said. “It would be the ultimate high-risk gathering.”

They say that the reliance on language calling it a “convention of the states” is misleading — “ahistoric” in the view of Mr. Feingold and the book, which lays out the history behind Article V and previous attempts to invoke it.

“Despite convention proponents’ claims of legal certainty, the most important questions about how a convening held under Article V would be called and how it would function are unsettled,” the authors write in the book. “The framers left no rules. In this uncertainty lies great danger and, possibly, great power.”

What also worries the authors is that the leading proponents of the convention idea come from the right and include representatives of the Tea Party movement, the Federalist Society, grass-roots right-wing activists and figures allied with former President Donald J. Trump such as John Eastman, the lawyer who wrote a memo for Mr. Trump outlining how he could seek to overturn the 2020 election.

But support and opposition for a convention do not break completely along partisan lines. Some Republicans have resisted appeals at the state level to pass resolutions in support of a convention, worried that such a gathering could open the door to a weakening of the Second Amendment and a rollback of gun rights.

And some liberals have welcomed the idea of a convention as a way to modernize the Constitution and win changes in the makeup and power of the Supreme Court, ensure abortion rights, impose campaign finance limits and find ways to approach 21st-century problems such as climate change.

“There are smart people and a few on the progressive side who are willing to roll the dice,” Mr. Feingold said. “For me, it is crazy to take the chance.”

Mr. Arrington said he saw the fears of a runaway convention as overblown and noted that even if the gathering were to arrive at a set of contentious changes, they would still require approval by 38 states — a daunting task in itself. He said his hope was that the threat of a convention could force Washington to get more serious about fiscal responsibility.

“Ultimately, just having the conversation, having it become more real in the minds of Congress, I hope will light a fire,” he said.

Mr. Feingold and Mr. Prindiville say they hope the prospect of a convention engineered by conservatives sparks a different kind of fire — one aimed at finding a better way of altering the Constitution to meet the contemporary moment.

While a convention is a bad idea, they say, accepting that the Constitution remains chiseled in stone is almost as troubling. They argue for a discussion on new ways to move forward with constitutional change.

“The time has come to begin a serious national conversation regarding the future of the Constitution in American public life,” their book says. “We must reclaim the founding generation’s belief in bloodless revolution, reforming Article V to provide an amendment procedure fit for a modern, democratic society.” 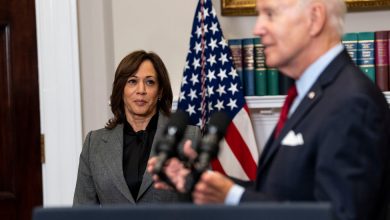 Kamala Harris to Speak in Florida on 50th Anniversary of Roe v. Wade

Online ‘Auction’ Is Latest Attack on Muslim Women in India 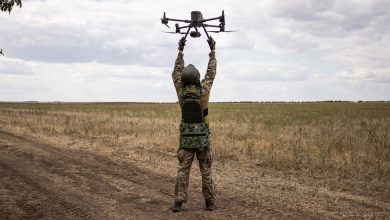 Surrender to a Drone? Ukraine Is Urging Russian Soldiers to Do Just That. 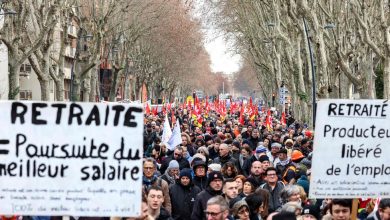 Who wants to live forever?