WASHINGTON — It began the year Representative Don Young was sworn in to Congress in 1973, when he won House approval to build the Trans-Alaska Pipeline that would zigzag across his state, through mountain ranges and rivers.

That effort was an early demonstration of Mr. Young’s unapologetic mission statement as his state’s lone congressman, which could be seen on signs around his office: “Putting Alaska first.”

And for nearly five decades, Mr. Young, a Republican, put that phrase into practice by manipulating the levers of power and patronage on Capitol Hill to steer hundreds of millions of federal dollars to Alaska. He seized every opportunity he found to claim government money for his state to construct bridges and roads, shore up sea life research, and expand medical and community services.

Days before he died en route to the state he loved, Mr. Young was at it again. When President Biden signed into law a sprawling $1.5 trillion government funding measure this month, it included more than $23 million Mr. Young had earmarked for Alaska to rebuild an aging clinic, replace a fire station first constructed in the 1940s, and build 22 new housing units for homeless youth, among other projects.

It was the first spending bill in more than a decade to include earmarks — which allow individual lawmakers to direct federal funds for specific projects to their states and districts — after Democrats lifted a longstanding ban that had been imposed amid concerns about wasteful spending and congressional corruption. Mr. Young, as always, was unabashed about his latest haul. 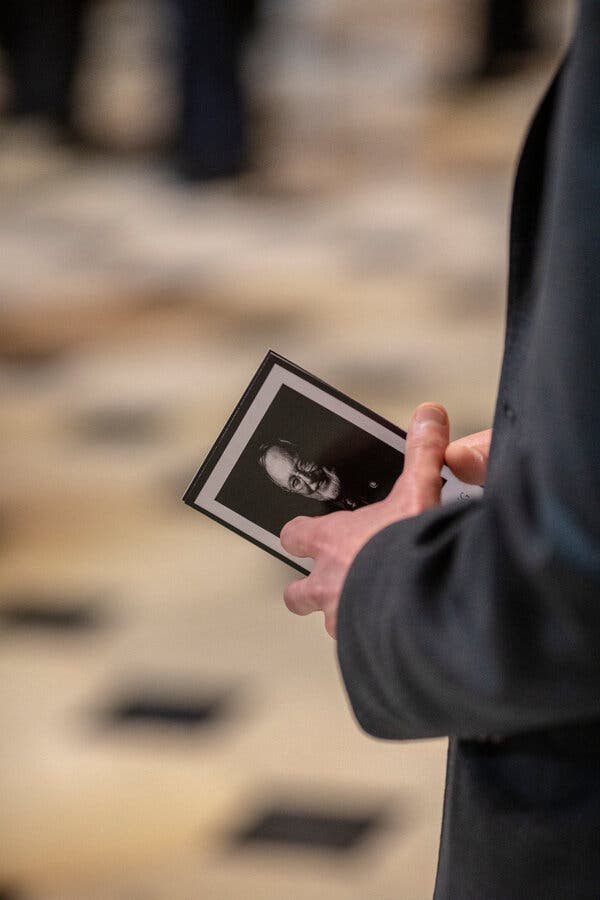 Mr. Young was the longest-serving House Republican in history.Credit…Jason Andrew for The New York Times

“We had a little downtime, and now we’re coming back and taking care of Alaskans as, constitutionally, we’re required to do,” he said in a final Facebook live question-and-answer video recorded two days before his death.

On Tuesday, Mr. Young lay in state in the Capitol, where he was honored for his status as the most senior member — or dean — of the House, and renowned in particular for his pork-barrel virtuosity.

Few lawmakers have been as adept as Mr. Young, the longest-serving House Republican in history, at wielding the congressional power of the purse in their state’s favor. Alaska, confronting vast challenges with its terrain and its size when it was admitted to the union in 1959, had missed the opportunity to reap the rewards of the historic public works law passed three years earlier under the Eisenhower administration.

Mr. Young moved to Alaska just after it became part of the United States and knew its needs long before he came to Capitol Hill. The only licensed mariner in Congress at the time of his death, he had piloted his own tug and barge as he delivered supplies along the Yukon River. He also tried fishing, trapping and construction, and taught Alaska Native students in Fort Yukon, using a wood stove to stay warm in the arctic.

When he got to Capitol Hill, Mr. Young, known for his sometimes irascible manner, began muscling through legislation to benefit his state, largely by padding transportation and spending packages with earmarks.

So devoted to the practice was he that he once famously held a knife to the throat of Representative John Boehner, who would go on to become speaker, after the Ohioan gave a speech on the House floor railing against earmarks for Alaska.

Mr. Young’s projects were manifold and varied: millions of dollars for Covenant House Alaska, a youth homeless shelter that needed to upgrade its buildings; a forklift for a food bank operating in a broken warehouse; money for the Alaska Railroad. Former and current aides recalled Mr. Young interrupting meetings with local officials and Alaska Native leaders to phone the relevant lawmaker or staff aide to put in a request, as he solicited project ideas from around the state.

“It could come on a cocktail napkin, for all he cared,” said Pamela Day, who left his office in 2020 after nearly two decades. And, she added, “he would have flown them with a banner in the sky to take credit for it, if that’s what it came down to, if it was required.”

Even as the Tea Party wave in 2010 prompted an anti-spending backlash against earmarking, he refused to abandon the practice until both parties agreed to ban it. Last year, when Democrats agreed to revive earmarks with stricter guardrails, Mr. Young celebrated with an announcement of his 10 requests.

“There’s a little bit of legislative poetry there,” said Molly E. Reynolds, a senior fellow in governance studies at the Brookings Institution. “That’s part of why we associate him with this practice: they have needs, and he was very good at figuring out how to advocate for those needs, and try to get them met through the legislative process.”

Art Kennedy, who worked in Mr. Young’s office in the late 1970s, paid his respects to his former boss at the Capitol on Tuesday.Credit…Jason Andrew for The New York Times

When a New Jersey colleague in 2007 offered an amendment that would cut millions of dollars from an education program supporting the needs of Alaska Natives, Mr. Young took to the House floor in a fury.

“I am a little frustrated,” he warned. “And, like I say, those that bite me will be bitten back.”

His enthusiasm for stuffing projects into legislation sometimes got him into trouble. Republican leaders pushed Mr. Young out from the top post on the House Natural Resources Committee in 2008 when he was under a cloud of investigations, including one into the inclusion of $10 million for a road near Fort Myers, Fla., into a 2006 transportation bill that benefited a real estate developer who had raised $40,000 for his campaign. (None of the inquiries resulted in federal charges against Mr. Young.)

And Mr. Young championed the so-called “bridges to nowhere” that became symbols of fiscal waste — one connecting Anchorage to an inlet, and a $200-million behemoth that would have connected Ketchikan, a small city, to the island that houses its airport.

Neither project was completed, and allies insist the criticism has been unfair.

“They mock the fact that we want a bridge to connect this community with its airport. What is wrong with wanting a bridge to connect your community to an airport?” said Senator Lisa Murkowski, Republican of Alaska, noting in an interview that she was “born in nowhere,” in Ketchikan. “He was unabashed. He’s like, ‘They need a bridge. They need a way to get across.’ ”

Ms. Murkowski, who succeeded her father Senator Frank Murkowski when he left the Senate to become governor, met Mr. Young when she was a teenager.

“He’s just kind of part of everything that you have known both politically and just socially, because he’s just always been there,” she said.

Outside of diverting money toward individual projects, he also engineered changes to the way that federal funding is divvied up across the country that permanently increased Alaska’s share.

When Republicans first outlawed the practice of earmarking, Mr. Young initially defied the ban until the entire congressional leadership adopted it, members of his staff recalled.

When top senators, including Ms. Murkowski, struck an agreement last year on a sprawling $1 trillion infrastructure bill he had long called for, Mr. Young held firm in his plans to buck his party and support it, as he did whenever Alaska stood to benefit, and encouraged his colleagues to do the same. One aide said he referred to the small group of Republicans who supported the bill as the “Young 13.”

“Whether it was on the racquetball court, in the halls of the Capitol, or a potlatch in rural Alaska, Don Young knew where to be to get things done for Alaska,” said Senator Dan Sullivan, Republican of Alaska, paying tribute to the congressman last week in a floor speech.

On Tuesday, hours after lawmakers paid tribute to Mr. Young, the House overwhelmingly voted to approve a newly christened bill — the Don Young Coast Guard Authorization Act of 2022 — carrying just a few more proposals that he wrote for Alaska.

Unable to Agree on Russia Sanctions Bill, Senate Settles for a Statement