This is an era of great political division and dramatic cultural upheaval. Much more quietly, it has been a time of great financial reward for a large number of Americans.

For the 158 million who are employed, prospects haven’t been this bright since men landed on the moon. As many as half of those workers have retirement accounts that were fattened by a prolonged bull market in stocks. There are 83 million owner-occupied homes in the United States. At the rate they have been increasing in value, a lot of them are in effect a giant piggy bank that families live inside.

This boom does not get celebrated much. It was a slow-build phenomenon in a country where news is stale within hours. It has happened during a time of fascination with the schemes of the truly wealthy (see: Musk, Elon) and against a backdrop of increased inequality. If you were unable to buy a house because of spiraling prices, the soaring amount of homeowners’ equity is not a comfort.

The queasy stock market might be signaling that the boom is ending. A slowing economy, renewed inflation, high gas prices and rising interest rates could all undermine the gains achieved over the years. But for the moment, this flood of wealth is quietly redefining retirement, helping fuel Silicon Valley and stoking a boom in leisure and entertainment. It is boosting corporate profits by unprecedented amounts while also giving just about everyone the notion that a better job might be within reach.

More than 4.5 million workers voluntarily quit in March, the highest number since the government started keeping this statistic in 2000, the Bureau of Labor Statistics reported last week. A few years ago, the monthly total was between three million and 3.5 million.

“Maybe it’s easier to focus on the negative, but a huge number of people, maybe 40 million households, have been doing pretty well,” said Dean Baker, an economist who was a co-founder of the liberal-leaning Center for Economic and Policy Research. “You’d have to go back to the late 1990s to find a similar era. Before that, the 1960s.”

This widespread wealth throws light on why the number of workers who say they expect to be working past their early 60s has fallen below 50 percent for the first time. It accounts for the abundance of $1 billion start-ups known as unicorns — more than 1,000 now, up from about 200 in 2015. It offers a reason for the rise in interest in unionizing companies from Amazon to Apple to Starbucks, as hourly workers seek to claim their share.

And it helps explain why Dwight and Denise Makinson just returned from a 12-day cruise through Germany.

“Our net worth has reached the millionaire level due to our investments, which was unfathomable when we were married 40 years ago,” said Mr. Makinson, 76, who is retired from the U.S. Forest Service.

The couple, who live in Coeur d’Alene, Idaho, have company. There are 22 million U.S. millionaires, Credit Suisse estimates, up from fewer than 15 million in 2014.

The U.S. economy has regained more than 90 percent of the 22 million jobs lost at the height of pandemic in the spring of 2020.

“I used coupons to buy things. One of my daughters would say, ‘Mom, that’s so embarrassing,’” said Ms. Makinson, 66, a registered nurse. “But we believed in saving. Now she uses coupons, too.”

Denise and Dwight Makinson in their backyard in Coeur d’Alene, Idaho. Their net worth has reached the millionaire level.Credit…Margaret Albaugh for The New York Times

Every economic transaction has several sides. No one thought home prices in 2000 were particularly cheap. But in the last six years, prices have risen by the total value of all housing in 2000, according to the Case-Schiller index. In many areas of the country, it has become practically impossible for renters to buy a house.

This is fracturing society. Even as the overall homeownership rate in 2020 rose to 65.5 percent, the rate for Black Americans has severely lagged. At 43.4 percent, it is lower than the 44.2 percent in 2010. The rate for Hispanics is only marginally better.

“It’s a time of prosperity, a time of abundance, and yet it doesn’t seem that way,” said Andy Walden, vice president of enterprise research at Black Knight, which analyzes financial data.

Shawn and Stephanie McCauley said the value of their house 20 miles north of Seattle had shot up 50 percent since they bought it a few years ago, a jump that was typical of the market.

“We are very fortunate right now given the situation for many others during the pandemic,” said Mr. McCauley, 36, who works for a data orchestration company. “Somehow we are doing even better financially, and it feels a bit awkward.”

Even for those doing well, the economy feels precarious. The University of Michigan’s venerable Index of Consumer Sentiment fell in March to the same levels as 1979, when the inflation rate was a painful 11 percent, before rising in April.

Politicians are mostly quiet about the boom.

“Republicans are not anxious to give President Biden credit for anything,” said Mr. Baker, the economist. “The Democrats could boast about how many people have gotten jobs, and the strong wage growth at the bottom, but they seem reluctant to do this, knowing that many people are being hit by inflation.”

Jerome H. Powell, the Federal Reserve chair, recently warned that there were too many employers chasing too few workers, saying the labor market was “tight to an unhealthy level.” But for workers, it’s gratifying to have the upper hand in looking for a new position or career.

“Both my husband and I have been able to make job changes that have doubled our income from five years ago,” said Lindsay Bernhagen, 39, who lives in Stevens Point, Wis., and works for a start-up. “It feels like it has mostly been dumb luck.”

A decade ago, the housing market was in chaos. Between 2007 and 2015, more than seven million homes were lost to foreclosure, according to Black Knight. Some of these were speculative purchases or second homes, but many were primary residences. Egged on by lenders, people lived in houses they could not easily afford.

Now the reverse is true. People own much more of their homes than they used to, while the banks own less. That acts as a shield against foreclosures, which in 2019 were only 144,000, according to Black Knight. (During the pandemic, foreclosures mostly ceased due to moratoriums.)

The equity available to homeowners reached nearly $10 trillion at the end of 2021, double what it was at the height of the 2006 bubble, according to Black Knight. For the average American mortgage holder, that amounts to $185,000 before hitting loan-to-value tripwires. The figure is up $48,000 in a year — about what the average American family earns annually, according to some estimates.

“We never had enough for a down payment, but then in summer of 2020, we got a good tax return, a stimulus check and had a little money in the bank,” said Magaly Pena, 41, an architect for the federal government. She and her husband bought a townhouse in the Miami suburb of Homestead.

Ms. Pena, a first-generation immigrant from Nicaragua, likes to check out the estimated value of her house and her neighbors on the real estate website Redfin. “Sometimes I’ll check it every day for three days,” she said. “It’s been crazy — everything has skyrocketed.”

In 2006, homeowners cashed in their equity. Sometimes they used the money to double down on another house or two. In 2022, there’s little sense of excess. One reason is that lenders and the culture in general are no longer so encouraging about that sort of refinancing. But owners are also more cautious.

Brian Carter, an epidemiologist in Atlanta, said he and his wife, Desiree, had about $250,000 in equity in their home but didn’t plan to draw on it.

“I was 27 in 2007 and watched a lot of people lose their houses because they couldn’t leave their equity alone,” he said. “That included my next-door neighbor and the family across the street. I don’t want to worry.”

Those who take a boom for granted often get upstaged by reality. In May 2000, the entrepreneur Kurt Andersen said raising money for a media start-up called Inside was as easy “as getting laid in 1969.” That was a few weeks after the stock market peaked. Seventeen months and one merger later, Inside shut down. (Mr. Andersen clarified in an email that he did not actually have sex until the 1970s.)

In 2000, the start-up downturn was the first sign of wider economic trouble. This time it may be simply that people are doing too well. “U.S. households in best shape in 30 years … but does it matter?” Deutsche Bank asked in a research note last month.

Its logic: Households have more cash than debt for the first time in decades, which is theoretically good. But all that money is encouraging spending, which is propelling inflation, which is forcing the Fed to push up interest rates. The result: a recession late next year.

Ashley Humphries, 31, feels prepared for most any scenario. Six years ago, she was a graduate teaching assistant making $12,000 a year. Now she earns a low six figures as a senior product manager for a parking app developer in Atlanta.

“I’ve lived out some childhood dreams like dyeing my hair vibrant colors and seeing ‘Phantom of the Opera’ from the front row,” Ms. Humphries said. She got a dog named Kylo, put a bit of her income in the stock market and bought a Tesla. She just left on a Caribbean cruise. Two of them, in fact, one after the other.

Ashley Humphries and Kylo. “I’ve lived out some childhood dreams,” she said.Credit…Kendrick Brinson for The New York Times

A few members of the Russian Parliament speak out against the war. 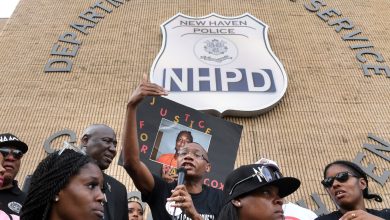 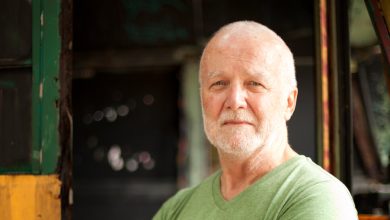 Russell Banks, Novelist Steeped in the Working Class, Dies at 82 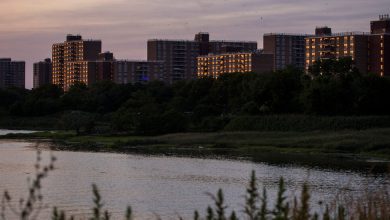 Trump’s Taxes: Red Flags, Big Losses and a Windfall From His Father