A federal judge in Idaho blocked part of the state’s strict abortion ban on Wednesday, delivering a limited but significant victory to the Biden administration, which has tried to use its limited power to protect reproductive rights since the Supreme Court overturned Roe v. Wade in June.

This month, the Justice Department sued Idaho, one of the most conservative states in the country, arguing that the law would prevent emergency room doctors from performing abortions necessary to stabilize the health of women facing medical emergencies.

Judge B. Lynn Winmill of the Federal District Court in Idaho wrote that doctors in the state could not be punished for acting to protect the health of endangered mothers, in a preliminary injunction issued a day before the ban was to be enacted.

But he emphasized the narrow scope of the decision, leaving intact most of the bill’s other provisions, which constitute a near-total prohibition on the procedure in the state as allowed under the Supreme Court’s Dobbs v. Jackson Women’s Health Organization ruling in June.

“It’s not about the bygone constitutional right to an abortion,” he wrote. “The court is called upon to address a far more modest issue — whether Idaho’s criminal abortion statute conflicts with a small but important corner of federal legislation. It does.”

Judge Winmill, who was appointed by President Bill Clinton in 1995, said some of the Idaho law’s provisions required medical personnel to do “the opposite” of what their training dictates: “to effectively identify problems and treat them promptly so patients are stabilized before they develop a life-threatening emergency.”

The pause on enforcement will continue until a lawsuit challenging the ban is resolved, the judge said.

The Justice Department argued that the measure violated a federal law known as the Emergency Medical Treatment and Labor Act, which requires medical professionals in hospitals that accept Medicare funding to take whatever steps are necessary to ensure the physical well-being of patients, including pregnant women.

“Today’s decision by the District Court for the District of Idaho ensures that women in the state of Idaho can obtain the emergency medical treatment to which they are entitled under federal law,” said Attorney General Merrick B. Garland in a statement. “This includes abortion when that is the necessary treatment.”

He added that the department would “use every tool at its disposal to defend the reproductive rights protected by federal law.”

The administration’s victory in court came less than 24 hours after a defeat on a closely related conflict between a blue White House and a red state house in a much more populous state. On Tuesday, a federal judge in Texas ruled in favor of the state’s lawsuit against the Department of Health and Human Services, which directed hospitals receiving federal aid to follow federal laws when the health of a mother is at stake even if it clashes with new state abortion bans.

But the Idaho case also illustrates the on-the-ground complexities of the situation — especially the difficulties in drafting state abortion laws that both satisfy the demands of anti-abortion politicians and shield medical practitioners from severe punishment for doing their jobs.

Doctors in Idaho who perform abortions face criminal penalties under the law, although they can appeal by proving their actions were necessary to prevent a pregnant woman from dying.

State officials did not immediately respond to news of the ruling, but are expected to appeal the decision. Gov. Brad Little of Idaho, a Republican, has described the Justice Department’s lawsuit as “federal meddling.” The Supreme Court “returned the issue of abortion to the states to regulate — end of story,” he said this month.

Most abortions are now banned in at least 10 states since the Supreme Court issued its ruling, and restrictions in a handful of other states, including Idaho, North Dakota, Tennessee and Texas, would take effect this month, barring court challenges. The Justice Department’s ability to influence policies in Republican states that have adopted so-called trigger laws, which effectively banned abortion almost immediately after the Supreme Court’s ruling, is limited, and the actions are likely to affect only a small percentage of pregnant women.

Idaho’s trigger law does allow abortions in cases involving rape or when a woman’s life is in danger. But there are no provisions made for women who are likely to incur serious health problems, including organ damage, by continuing their pregnancies. 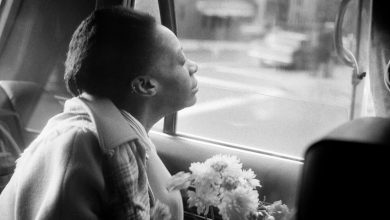 A Product of Public Universities, Michelle Childs Would Be an Unconventional Court Pick

Francis Calls Abuse of Indigenous People in Canada a ‘Genocide’