Between network, cable and streaming, the modern television landscape is a vast one. Here are some of the shows, specials and movies coming to TV this week, Sept. 26-Oct. 2. Details and times are subject to change.

NATIONAL TREASURE: BOOK OF SECRETS (2007) 8:30 p.m. on Freeform. This movie, the second in the “National Treasure” franchise (with a new series, “National Treasure: Edge of History,” coming in December), stars Nicolas Cage as Benjamin Gates. He is the great-great-grandson of Thomas Gates, a man who has been accused of helping to assassinate President Lincoln after being named on a resurfaced page fragment from John Wilkes Booth’s diary. From there, the younger Gates enlists the help of his friend Riley Poole (Justin Bartha) to prove that his relative is innocent, and the two go on a wild goose chase that ultimately leads them to Cibola, the mythical city of gold.

BACHELOR IN PARADISE 8 p.m. on ABC. After a pretty disastrous “Bachelorette” finale last week, “Paradise,” the show where castoffs from the franchise gather on a beach in Mexico to mingle, might be a breath of fresh air. Because cast members on this spinoff are often able to spend much more time together, the success rate of couples who come off this show engaged, versus the ones from “The Bachelor” or “The Bachelorette,” tends to be higher. Jesse Palmer will host the show — following a slew of interim hosts last season, including David Spade and Lil Jon — and Wells Adams will be the official bartender on the beach.

LA BREA 9 p.m. on NBC. After a huge sinkhole in Los Angeles brought half of the Harris family to a prehistoric land at the start of the show, they remains separated as the second season begins. The first episode focuses on Eve trying to reunite with her son, who accidentally went into a portal that brought him back to 1988, and Gavin, Izzy and Ella trying to survive in 10,000 B.C.

A scene from the Zambezi in “Rivers of Life.”Credit…Tom Varley/Wild Visions Gallery

RIVERS OF LIFE 8 p.m. on PBS (check local listings). Last season explored the Amazon, the Nile and the Mississippi rivers — this year the series dives into the exploration of the Zambezi, Danube and Yukon. The show tells the stories of the wildlife and people who benefit from the rivers and details the waterways’ history.

HOSTAGES 9 p.m. on HBO. On Nov. 4, 1979, a 444-day international crisis began when student activists from Iran stormed the U.S. embassy in Tehran and took more than 60 Americans hostage. This documentary uses archival footage and new interviews to tell the story of how this international incident began and how it unfolded.

SO HELP ME TODD 9 p.m. on CBS. Marcia Gay Harden and Skylar Astin star in this new series that centers on their mother-son relationship. Astin plays Todd, a former private investigator who lost his license and is generally a bit of a mess, and Harden plays Margaret, a successful lawyer. After she hires Todd to be the in-house investigator at her law firm, they navigate their personal and work relationship.

CONFLICT (1945) 10 p.m. on TCM. Humphrey Bogart plays Richard Mason, a man who murders his wife in hopes of ending up with her sister, in this suspenseful film noir. “The appeal of this film, which is unpleasant and obviously morbid in theme, will be to those customers who are fascinated by the anxieties of a tortured man, who like to listen figuratively to the desperate thumping of a telltale heart,” Bosley Crowther wrote in his review for The New York Times.

THE PRICE IS RIGHT AT NIGHT 8 p.m. on CBS. The daytime version of this show asks contestants to guess the prices of food and merchandise to win prizes — and so does this prime-time special, but the audience will be filled with twins. Iain Armitage and Raegan Revord, who play twins “Young Sheldon,” will be guest models showcasing the merchandise.

YVONNE ORJI: A WHOLE ME 10 p.m. on HBO. Yvonne Orji is best known for her role in “Insecure” and her last special, “Momma, I Made It!” In her follow-up, premiering this week, the topics that take center stage include dating, the pandemic, and being a child of immigrants. The show switches between stand-up comedy and scripted vignettes, which allows Orji to discuss issues in depth. In a 2020 interview with The Times, she was asked her comedic inspirations: “Wanda Sykes, Kevin Hart, Tiffany [Haddish] and Dave Chappelle, my God,” she answered. “I also grew up watching Sommore. She showed you could be this chick that’s confident and hilarious.”

FAMILY LAW 8 p.m. on CW. This show already has two season out in Canada, but is having its U.S. premiere this week. The series follows Abigail Bianchi (Jewel Staite), a lawyer and recovering alcoholic who, after an embarrassing courtroom video of her goes viral, goes to work with her estranged father and half siblings at their firm specializing in family law.

NOTHING COMPARES 10 p.m. on Showtime. In this new documentary, Sinead O’Connor sits down to discuss her rise to fame and her abusive upbringing. The film “relies on O’Connor’s own speaking voice, both today — it is husky and slightly weary, sounding older than her 55 years — and on archival footage, in which she is quiet, shy, and remarkably tolerant of interviewers harping on her shaved head,” Glenn Kenny wrote in his review for The Times. 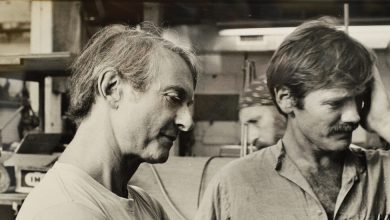 Dick Polich, Master Forger of Sculptures for Artists, Dies at 90 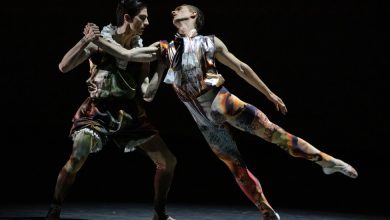 Review: City Ballet Dresses Up for Another Fashion Letdown